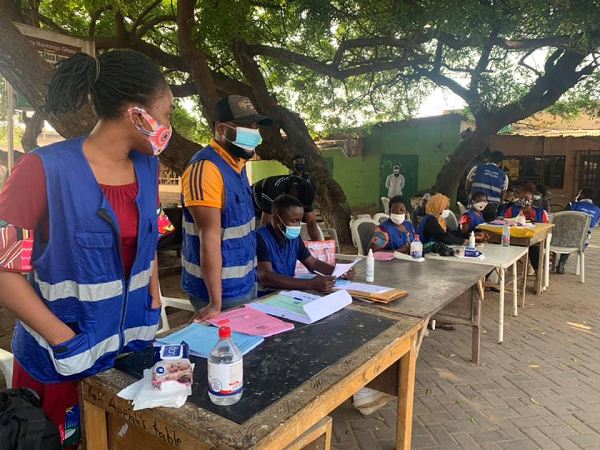 The Electoral Commission (EC) says all duplicate voter identification numbers that were detected during the just-ended voter registration exercise have been "remedied" and the affected applicants have been re-issued new numbers.

According to the Chairperson of the Commission, Mrs Jean Mensa, the duplicates occurred because the registration kits were offline hence all voter ID numbers were issued independently.

She said 88,000 duplicates were detected when the national data came together online and that the Commission was in the process of handing over the new ID cards with the new numbers to the affected voters.

Addressing a press conference in Accra on Monday, September 28, Mrs Mensa said political parties and their agents would be invited to monitor the re-issuance of the said duplicate ID cards.

The Chairperson explained that the duplicates were recorded because some registration kits had the same unique code.

"To prevent the duplication of voter ID numbers, each kit is given a unique code. What we realised during the registration was that in instances where the registration kits become faulty, they were withdrawn from the field and a new one was sent to the field and the same code was put on the new one," Mrs Mensah said.

"The same code as the one withdrawn was placed on the new one. However, when the faulty kit was brought back to the field, that code was not changed and so you realised that we had two kits with the same code and this meant that they would produce the same ID numbers".

She said the current voter database does not contain any duplicate voter ID numbers.

Mrs Mensah also assured that registers which contained recurring pictures were as a result of corrupted data which had been resolved by the EC.

She said the corrupted images did not affect the validity of registered persons.