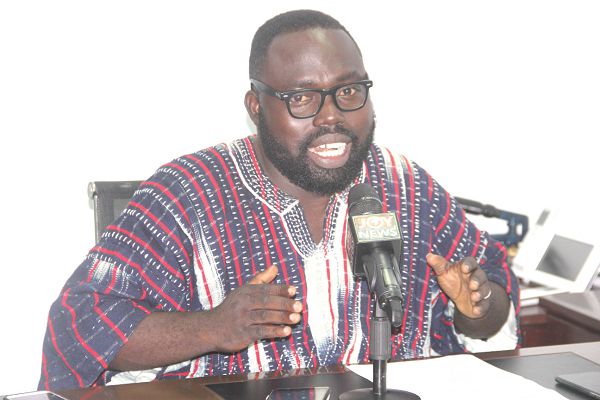 He said there are several irregularities and flaws identified in the report.

“There is no aspect of this report that talks about security, recommendations that have been made, nothing said on security, I think that is a very big flaw in the monitoring tools that was used by the EU…these are the things they have to look for”.

Speaking on Accra Based, Joy TV’s PM Express programme and monitored by Graphic Online on Wednesday, Mr  Otokunor said his claims are a result of a critical study of the report.

Mr Otokunor emphasised that Ghana’s true state has not been captured in the report, adding that this cannot be taken lightly, “because this report is not a true representation of Ghana’s election process yet plays a crucial role in the international space and can make and unmake the reputation of Ghana”.

“They failed to accurately report and discuss all the issues and all the steps…If you look at the procedure, they actually went through the back door even in Parliament and that is where they encountered several problems and they had to go back and forth three times before the instrument was properly laid. So that problem itself was something that was supposed to be reported by the EU.

He further stated that the EU EOM also failed to put in their report that a number of eligible Ghanaians were prevented from partaking in the voting exercise.
“…You cannot make that conclusion, you would have to put all the bits and pieces together as part of the process then you can make a conclusive statement on whether it was free and fair.

He added that, “We expected that the EU will report on some of these critical issues because you are doing comprehensive monitoring of the elections, so all the fallouts during the registration exercise; the stabbing of Silas Wulochamey in Banda, the shooting at Dormaa Central. These cannot be isolated, if this thing happened in any of the European Countries, it is a big deal, why is it an isolated situation in Ghana?”

A final report of the EU EOM on the December 7, 2020, presidential and parliamentary elections released in Accra on Tuesday, April 13, 2021, described the 2020 election as “efficiently organised, competitive, that voters participated freely in large numbers, and that the process successfully met a range of international standards."

It said the overall conduct of the voting was assessed positively in 95 per cent of polling stations the union observed.

"However, shortcomings, already identified by previous EU election observation missions, remain such as the misuse of state resources, the abuse of incumbency, vote-buying and unregulated campaign finances. These resulted in an uneven playing field," it stated.

The European Union deployed an EU EOM to Ghana between October 31 and December 30, 2020.

In total, the mission comprised 80 observers from EU member states as well as Norway, Switzerland, and Canada.

The mission’s mandate was to assess the electoral process against international obligations and commitments for democratic elections as well as the laws of Ghana.