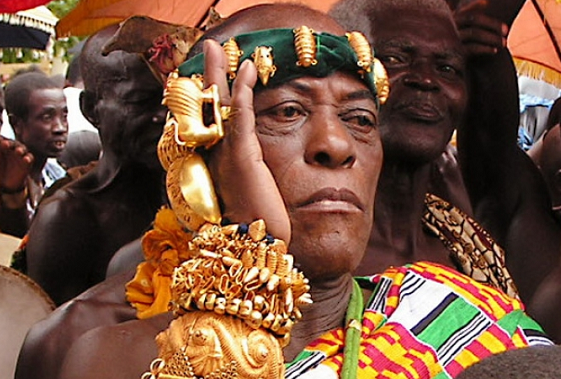 The Omanhene of the Agogo Traditional Area in the Ashanti Region, Nana Kwame Akuoko Sarpong, who said this, noted that the rate at which technology was changing the world called for robust national strategies to develop a skilled workforce with the competencies to drive prosperity.

“It is said that a nation can never be greater than its people; and I believe that with huge investment in the people, the sky is the limit. This is the second part of the development journey,” he said in an interview with the Daily Graphic in Agogo recently.

In our bid to tackle human resource development, the traditional ruler and statesman said, the Chinese example should be a guide.

“The Chinese did this because they have had a long history of education and they are now reaping the benefits of the  investment and if Ghana is to succeed, we must follow that path,” he said.

The Omanhene noted that Ghana was getting ready for the big leap forward into self-sustained growth.

He said from the time of independence, there had been steady socio-economic growth, albeit characterised by some difficult periods, but there was little doubt that the country was set for a major take-off.

He, however, said the surest way to reach the expected level was massive investment in human resource development.

“Ghana has a historic mission for Africa and it is important that the people forge ahead to realise that mission,“ he stated.

Taking a journey down memory lane, the Omanhene said: “The first part of the development journey started in 1957 when President Kwame Nkrumah declared that the independence of Ghana is meaningless unless it is linked to the total liberation of the African continent.”

He said that first part of the development journey had virtually come to an end and the second part had started now.

“This is a mission that Ghana has to undertake, and we must forge ahead to achieve that,” he stated.

Nana Sarpong noted that three major policy initiatives had put the country on the path of social transformation.

“The first is that of the late former President J.J. Rawlings’s bold decision to extend electricity beyond Sunyani to the northern part of the country, a feat which, at the time of the Third Republic, had been virtually declared an almost impossible mission. Rawlings’s PNDC regime broke that myth.

“The second is President J.A. Kufuor’s decision to implement the school feeding programme and the National Health Insurance Scheme, and the third is President Nana Addo Dankwa Akufo-Addo’s free senior high school policy which seeks to make both senior and technical education free for all students.

He said those three major initiatives had been very revolutionary, although very costly in the short term but very productive in the long term.

“These initiatives place Ghana in a position to be the real Black Star of Africa. All that Ghana needs to do is make the Black Star shine,” he stated.