Churches urged not to engage in partisan politics 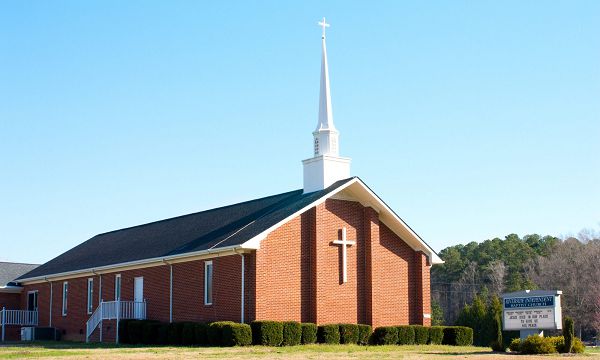 Churches urged not to engage in partisan politics
30.5k Shares

The Current and Apostle General of the Church of Christ (Spiritual Movement), Most Rev. Daniel Markin, has underscored the need for churches not to engage in partisan politics

said it was the duty of the church to support elected leaders despite their political affiliations for the well-being of the country, saying: “It is incumbent on the church not to be partisan but rather pray for the progress of the leaders God has chosen.”

“If as a church we wish for the failure of our leaders because we are in opposing political parties, the country suffers, development is stifled and the kind of growth and increases we wish to see would not be possible,” he stated.

Most Rev. Markin was speaking at a service to celebrate the 60th Anniversary of the Church of Christ (Spiritual Movement), at the Cape Coast Jubilee Park on Sunday, November 11, 2018.

He said Christians had the liberty of belonging to any political party of their choice, adding that after the elections and a leader was elected from any party, partisanship must be put aside and leaders must be supported.

The celebration which had dignitaries and church members from all over the country in attendance was on the theme: “Celebrating God’s Abundant Grace and Mercy.”

In a sermon, the Chairman of the National Peace Council, Most Rev. Prof. Emmanuel Asante, urged Christians to live above reproach through the pursuance of biblical principles.

He said in a country with a majority of Christians it was worrying that crime rate was always on the increase, saying that was because the Christians were not dedicated to the service of God.

“In spite of having a large Christian base in Ghana, the police and other security services still have a hard time controlling crime which is really bad because Christians have to show exemplary characters,” he said.

Most Rev. Prof. Asante commended the leadership of the Church of Christ (Spiritual Movement) for their commitment to giving back to the society through the building of schools and hospitals.

He said that was what was expected of churches and Christians in the country, saying: “We are blessed by God as Christians so as to bring holistic healing to the nation as a church.”

In a speech read on his behalf, former President Flt Lt Jerry John Rawlings admonished religious leaders to pursue religious principles that enjoined them to live a life of integrity.

He said the leaders must be examples to their followers the need for them to always live right and above reproach.

“The development we seek as a nation will only if we wean ourselves off indiscipline, lawlessness corruption that we engage in on a daily basis,” he added.

The Omanhen of the Oguaa Traditional Area, Osabarima Kwesi Atta II, admonished Christians to lead lives worthy of emulation, adding that the lives of Christians must reflect the character of godly people.

The event was climaxed with the cutting of the anniversary cake and performances from renowned gospel musicians, Akosua Agyapong and Tagoe Sisters.