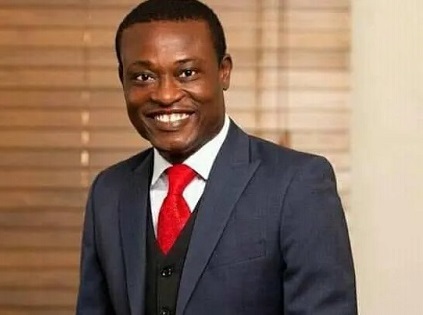 The year 2022 recorded some of the major groundbreaking events that happened in the country. Key among them is the Office of the Special Prosecutor (OSP), wider investigations into the issuance of customs advance rulings and markdowns of benchmark values by the Customs Division of the Ghana Revenue Authority (GRA).

The investigations cover the period between July 2017 and December 2021.

The OSP recovered GH¢1.074 million from Labianca, owned by Eunice Jacqueline Buah Asomah-Hinneh, an elected member of the Council of State representing the Western Region.

The amount represented a shortfall in import duties the frozen foods company paid to the state.

In an investigative report by the OSP, Ms Asomah-Hinneh was accused of influence-peddling by allegedly using her position as a member of the Council of State and member of the Board of Directors of the Ghana Ports and Harbours Authority (GPHA) to get a favourable decision from the Customs Division for her company.

The Auditor-General’s report on the audit of Ministries, Departments and Agencies noted this discrepancy from the Integrated Customs Management System (ICUMS).

The banking sector in the country last year lost GH¢ 61 million through fraud and other banking malpractice.

In all, 53.46 per cent of the incidents of fraud reported last year involved staff of the financial institutions.

The upsurge in losses recorded for the period was due to the increased use of online payment platforms for fraudulent transactions.

This was contained in the Banking and Specialised Deposit-Taking Institutions (SDIs) and Electronic Money Issuers (EMIs) fraud report for 2021 issued by the Bank of Ghana.

The Special Prosecutor, Kissi Agyebeng, in a statement, indicated that the investigations would deal with suspected corruption and corruption-related offences in respect of alleged improper and unlawful acquisition of state property at the Achimota Forest enclave and the Ramsar catchment at Sakumono in Accra by the late Sir John.

Mr Agyebeng directed the Ministry of Lands and Natural Resources to fully cooperate with the OSP in the investigations.

The investigations followed public uproar over a leaked will on social media that the late FC boss had allegedly willed many acres of the Achimota Forest and the Ramsar area to his family members and others.

The issue, which was carried on the airwaves some few days ago, had many Ghanaians questioning how the late Sir John could own state properties and will them to his family members.

As part of the investigations, a source informed the Daily Graphic that all public officers mentioned in the will as beneficiaries of the said state properties would be investigated.

It further disclosed that the illegally acquired state properties, as captured in the will, would be reverted to the state.

The receivers for the collapsed financial institutions and the Economic and Organised Crime Office (EOCO) identified 100 landed properties for further investigations to ascertain their ownership status.

The receiver has approximately reported GH¢ 1.09 billion of related party transactions to BoG and has requested for assistance from EOCO for further investigations to aid recovery.

So far, EOCO advised that freezing orders be obtained while further investigations are conducted to ascertain the true ownership of the properties.

A document from the Bank of Ghana said the purpose of obtaining the freezing orders was for EOCO and the receivers to ascertain whether the properties were acquired with resources of the defunct financial institutions.