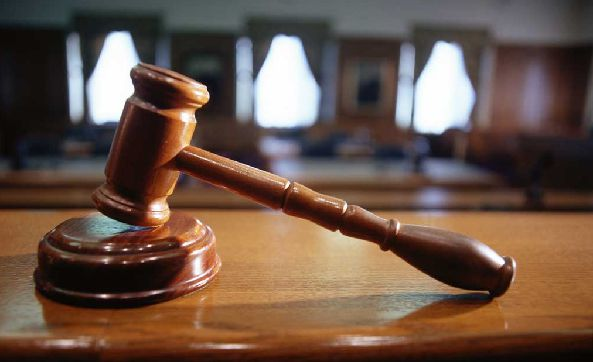 A 40-year-old business woman has been arraigned for allegedly defrauding a trader of GH¢125,000 on the pretext of supplying a 20-foot container of sardine to the trader.

Bella Dede Quarshie, according to narrations in court, invested the money in a product called Non-Diary Milk rather than supplying the goods as agreed upon, and later issued a cheque for GH¢100,000 in refund to the victim when the money in her bank account was below the face value of the cheque.

This was after several failed promises to deliver the consignments.

She pleaded not guilty to the charge of defrauding by false pretence and issuance of a dud cheque when she appeared before an Accra Circuit Court.

The court, presided over by Ms Evelyn Asamoah, granted her bail in the sum of GH¢200,000 with three sureties, one of whom must be a public officer.

The court also ordered the prosecution, led by Inspector Samuel Ahiabor, to file all documents it would rely on for the trial by March 15, this year.

Hearing continues on March 18, this year.

The facts as presented by the prosecutor were that the complainant was a trader at the CMB Market in Accra and resided at Anyaa, while Bella was a business woman who resided at MacCarthy Hill.

Inspector Ahiabor said in January this year, Bella approached the complainant that she had Molli sardines in large quantities for sale, and managed to convince the complainant to make a cash deposit of GH¢50,000 on January 18 this year for her to supply the 20-foot container consignment of the products.

Although she failed to deliver her part of the contact, Bella again convinced the complainant to make additional payment of GH¢50,000 for the product on January 26 this year.

Bella then assured the complainant that she would deliver the products just the next day, but again failed to do so.

Inspector Ahiabor said the complainant sensed something fishy and demanded a refund.

He said on the January 29, Bella issued a bank cheque with a face value of GH¢100,000 to the complainant when she knew she did not have enough funds in her account.

On February 1 this year, when the complainant was about to redeem the cheque, Bella called and stopped him from presenting it, claiming she could supply Fampof Mackerel to him in place of the Molli Sardine she failed to supply, and the complainant agreed.

She, however, demanded for an additional GH¢25,000 before she would supply the mackerel, which the complainant paid on February 4.

But once again, even after providing the name and contact of a supposed trailer driver who would deliver the goods, she failed to deliver to the complainant.

The case, he said, was later reported to the Police leading to the arrest of Quarshie on February 23.

During investigation, Inspector Ahiabor said Bella admitted the offences, and told the police that she used the money to invest in trading in a product called Non-Diary Milk.

After investigation, the accused was charged with the offence and arraigned.