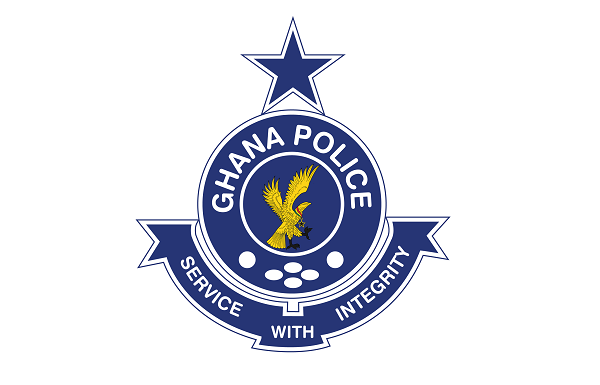 Two policemen named in the recent bullion van robberies in Accra have been shot dead.

They were shot during a raid at Borteyman near Ashaiman on Tuesday (March 8, 2022).

Five other suspects in the bullion van robberies, four of whom are also policemen have been arrested and interdicted.

They are expected to be arraigned on Wednesday.

According to a police statement, there was an exchange of gunshots during an intelligence led raid and the two policemen, No.58284 Constable Reindolph Gyimah Ansah and No. 53549 Lance Corporal Stephen Kwaku Nyame who had earlier been arrested in connection with the bullion van robberies, were shot and were pronounced dead on arrival at the police hospital where they were rushed for treatment.

Some other suspects believed to have sustained gunshot wounds managed to escape from the scene, the police statement signed and issued on Tuesday night (March 8, 2022) by the Director-General of Public Affairs, Deputy Commissioner of Police (DCOP), Mr Kwesi Ofori said.

The police statement named the policemen arrested for their involvement as, No. 58370 Constable Affisu Yaro Ibrahim, No 58355 Constable Richard Boadu, No. 58525 Constable Rabiu Jambedu, No. 58586 Constable Albert Ofosu and suspect Razak Alhassan (a civilian).

On Monday March 7, 2022, the police announced that months of investigations have revealed that some two policemen were the brains behind some of the multiple robbery attacks on bullion vans in Ghana.

There have been a number of robbery attacks on bullion vans, especially in the Greater Accra Region recently.

The police described the development as a major breakthrough in the fight against bullion van robbery attacks.

It was explained police investigations were still ongoing and to help not to compromise the investigations, the names of the two suspects, together with other suspects linked to the robbery attacks were not immediately revealed.

It listed the robbery attacks investigated as including the attack on a bullion van near Kingsway, in February 2021 and in Baatsona, Spintex, in March 2021.

It said preliminary investigations established the involvement of the two policemen among a number of other suspects.

Meanwhile, following public queries as to how the two policemen, who had earlier been arrested and were in police custody as part of investigations into the recent bullion van robberies were killed, it has been explained that they were in the company of the police and were leading police to the hideout of the suspected criminal gang.

According to the Director-General of Police Public Affairs, Deputy Commissioner of Police (DCOP), Mr Kwesi Ofori, the two suspects were arrested to assist the police to a location at Borteyman near Ashaiman.

“And an intelligence-led field operation took off and in the process, there were heavy exchange of fire and the two sustained gunshot injuries and were taken to the police hospital in Accra but they later passed on,” Mr Kwesi Ofori said while providing a clarification in a radio interview monitored by Graphic Online on Accra based Joy FM on Wednesday morning [March 9, 2022]

He said "the police were shot at, there was exchange of fire and they were injured in the process and they were sent to the hospital and they passed on.”

“So let us understand this, that in police operations, they are high risks in nature and at the time the raid took place it was very serious and well targeted operations and even as I speak to you, we've arrested four policemen, one other civilian and they will be put before court,” Mr Ofori added.

The police have carried out an intelligence-led field raid at a hideout of the gang connected with the investigation into the bullion van robberies.

During the raid at Borteyman near Ashiaman, there was an exchange of gunshots and two policemen, No.58284 Constable Reindolph Gyimah Ansah and No. 53549 L/Co Stephen Kwaku Nyame who had been arrested in connection with the Bullion Van Robberies, were shot and were pronounced dead on arrival at the police
hospital where they were rushed for treatment.

Some other suspects believed to have sustained gunshot wounds managed to escape from the scene.

Further investigations have led to the arrest of five other suspects, four of whom are policemen.

We are pursuing five other civilian suspects who have gone into hiding.

The policemen involved have been interdicted and all the suspects, No. 58370 Const. Affisu Yaro Ibrahim, No 58355 Const. Richard Boadu, No. 58525 Const Rabiu Jambedu, No. 58586 Const Albert Ofosu and suspect Razak Alhassan (a civilian) will be arraigned before court tomorrow Wednesday, 9th March 2022.

We are appealing to the public and health facilities within the Accra-Tema area to report to the police if they find any persons with gunshots wounds.

We want to assure the public of our determination to continue to take the fight to criminals to ensure the safety and security of all persons. We urge anyone with
relevant information to contact the nearest police station.

We can win this fight if we work together.