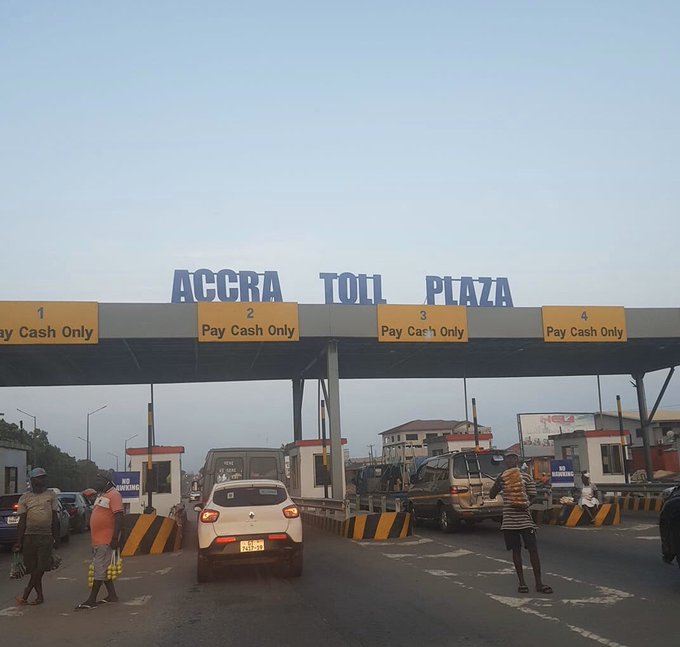 Stakeholders in the transport industry have welcomed the government’s abolition of all road tolls.

Per their view, the decision, which has drastically reduced the long vehicular traffic that motorists had to endure as a result of tollbooths found on various highways, will also improve their health.

The long queues of vehicles, they said, put a lot of strain on the health of commuters, as well as pressure on vehicles.

The operators, who had threatened a strike over high fuel prices, however, said they would meet with the Minister of Transport, after which their position on the transport sector measures would be made known.

The Spokesperson for the Coalition of Private Transport Operators, Alhaji Ibrahim Abass Moro, spoke with the Daily Graphic yesterday on transport sector measures and the toll abolition.

The Minister of Finance, Mr Ken Ofori-Atta, presented the 2022 Budget Statement and Economic Policy of the government to Parliament last Wednesday, in which he proposed the abolition of all road tolls as a health and pollution-reduction measure.

However, within hours of the budget, which had announced the effective date for the abolition to be the passage of the Appropriation Bill, the Minister of Roads and Highways, Mr Kwasi Amoako-Atta, issued a statement announcing an immediate abolition from midnight.

Alhaji Moro said the tollbooths had been one of the major worries of drivers in the country.

He said the unions had, on several occasions, held engagements with the government concerning that issue and, therefore, expressed delight at the fact that their concerns had finally been addressed.

Alhaji Moro, who is also the Public Relations Officer (PRO) of the Ghana Private Road Transport Union (GPRTU), said commuters were met with long travel hours due to the nuisance being created on the road by the tollbooths.

“Driving from Accra to Kasoa between 4 p.m. and 8 p.m. is an ugly sight; drivers can spend up to three hours just because of the tollbooth situated on that stretch,” he said.

“So we believe this is a step in the right direction, as it is going to help save a lot of travel time and reduce the pressure we put on our vehicles,” he added.

Currently, he said, aside from the tolls drivers paid on the road, they were paying the Road Fund Levy which was embedded in the fuel price.

“We’ve been cheated for too long; this has been one of our major concerns and so if it has finally been taken out, then it’s in the right direction,” he said.

For his part, the Managing Director of VIP Jeoun Transport, the largest private transport operator, Mr Adakabre Frimpong-Manso, also held the conviction that the move was going to help remove the bottlenecks on the road.

Prior to that intervention, he said, some tollbooths were removed from some roads last year, and that resulted in smooth vehicular movement on such roads.

Cumulatively, Mr Frimpong-Manso said, the intervention could help save commuters who plied the Accra-Kumasi road about 45 minutes of travel time.

He indicated that although that alone was not going to address the traffic situation in the country completely, it was a good step to addressing such a challenge.