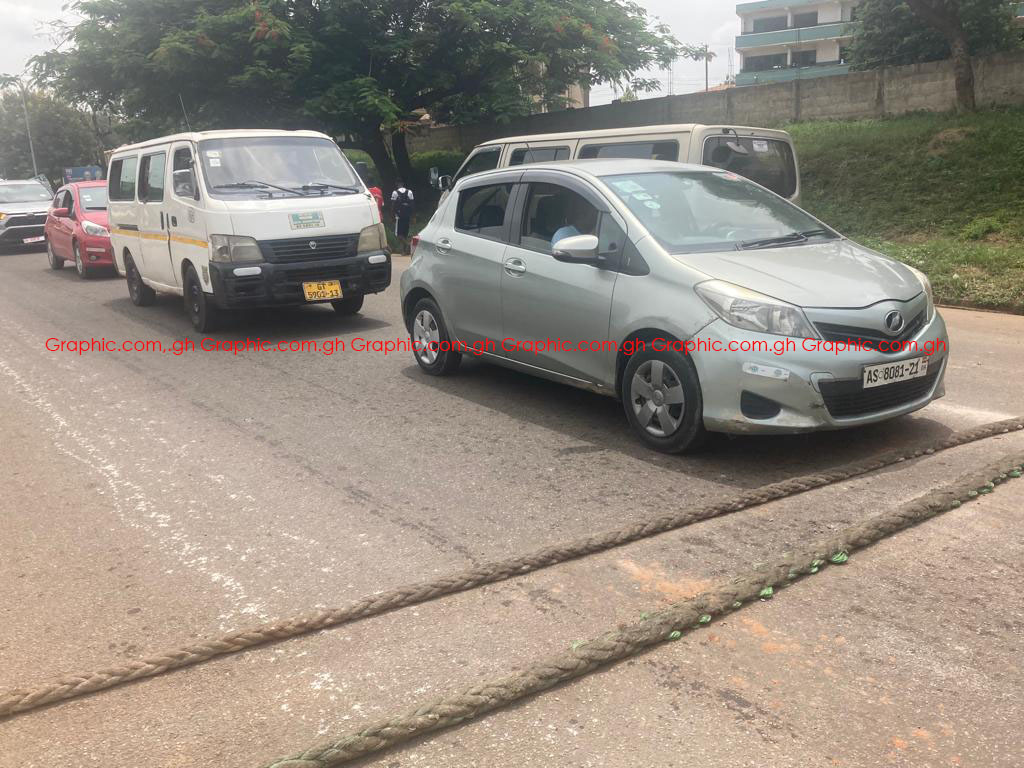 Temporary speed humps have been installed on the road in front of the Islamic Senior High School at Abrepo in Kumasi, to help prevent vehicular knockdowns in the area.

Tug boat tow ropes have been used as the temporary speed humps.

They were put there a day after students of the high school protested about what they said were frequent knockdowns in the area as a result of speeding vehicles.

This year alone, they claim to have recorded about eight accidents at the frontage of the school with the latest one happening last Friday (June 10, 2022) when a speeding vehicle run into that of a female teacher.

Their protest on Monday ended in a clash with the police as they were said to have blocked the main road and prevented vehicles to move.

Some reports said they pelted passing by vehicles with stones.

The police response team reportedly fired warning shots and tear gas to disperse them after the students reportedly pelted stones at the police.

This led to pandemonium on campus, which got some students injured and were taken to the hospital in ambulances.

About 25 students were taken to hospital in ambulances on Monday after the pandemonium.

As of Tuesday, morning, the Ministry of Education said, a total 24 of them had been treated and discharged from hospital. The Inspector General of Police (IGP), Dr George Akuffo Dampare visited the campus on Monday for first hand assessment of the situation and has subsequently interdicted three senior police officers in the Ashanti Region for the role the police played in the pandemonium on campus.

The interdiction is following the allegation that the police fired live bullets in addition to the tear gas to disperse the protesting students.

The police has also been accused of chasing the students from the main road unto their campus, even to the extent of chasing them to their dormitories.

Some students fainted as a result of the tear gas.

Some parents rushed to the school to check on their wards. 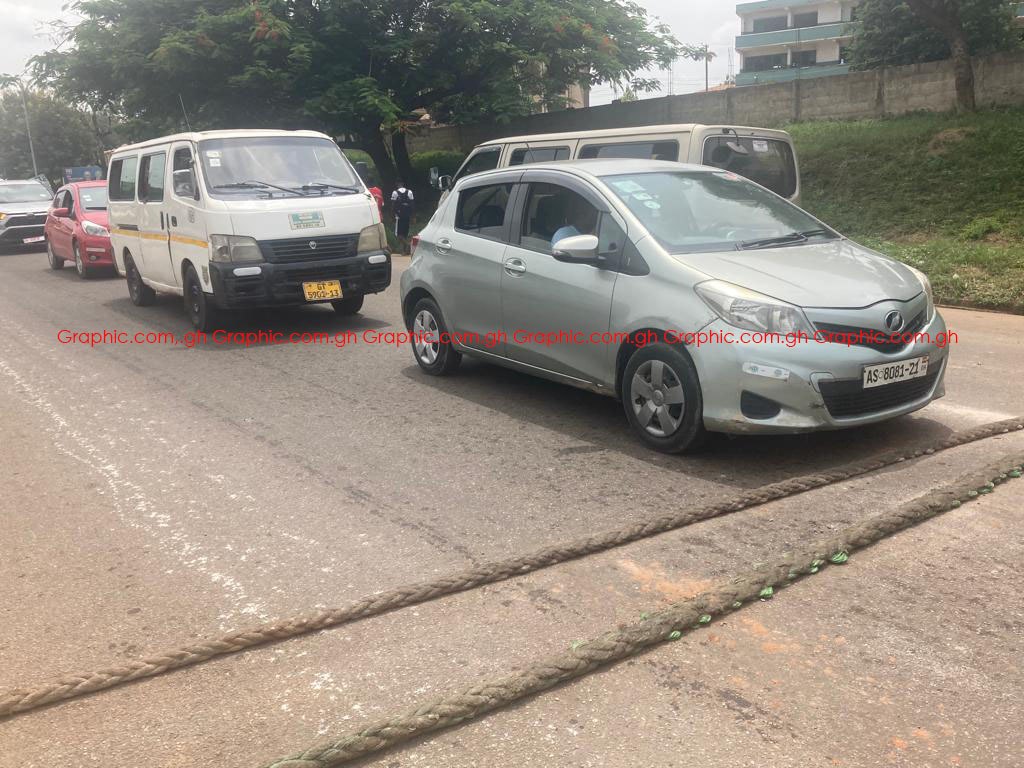 From Kumasi, Graphic Online's Kwadwo Baffoe Donkor reports that the IGP during his visit to the campus on Monday afternoon observed that even though no body was hit by a bullet, “the police handling of the incident was poor and fell short of our standard operating procedure on crowd control.”

The IGP also visited the injured students and police personnel at the various hospitals within the metropolis.

The three have been asked to step aside to make way for thorough investigation into the incident.

In a statement signed and issued by the Director of the Public  Affairs of the Police, Chief Superintendent, Mrs Grace Ansah-Akrofi, the police said the Professional Standards Bureau has already commenced full-scale investigation into the conduct of the officers “who were responsible for the police response.”

She said police clinical psychologists have been deployed to visit the school to offer psychosocial support to the student body.