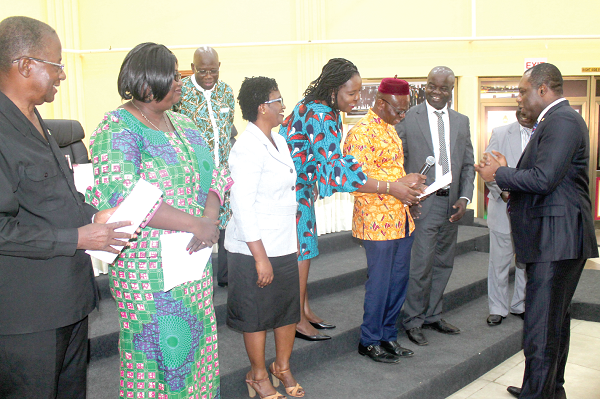 The Ministry of Education has charged technical universities in the country to deliver practical-oriented teaching and learning different from the traditional universities.

The sector Minister, Dr Matthew Opoku Prempeh, who gave the charge, also urged them to focus on applied research, with emphasis on technology development, adaptation and transfer.

“We expect the differences between them and the traditional universities to be manifestly clear,” he told the newly inaugurated governing councils of six technical universities in Accra.

They universities are the Accra, Kumasi, Ho, Takoradi, Sunyani and Koforidua Technical universities.

Dr Prempeh, who inaugurated the six councils together at a ceremony in Accra, explained that the aim of the technical universities was “to orchestrate, in a deliberate manner, a better alignment of the mission of higher educational institutions to industry needs and requirements”.

“We also need to build capacity in selected critical areas in relation to staffing and physical facilities. Only after this has been done satisfactorily can we truly say that the conversion has taken place,” he explained.

He reminded the various councils that the success or failure of the entire endeavour would hinge on how successfully the transition was handled, stressing: “We need to avoid repeating some of the mistakes that were made when some of the current polytechnics emerged out of the technical institutes.”

Ready for the challenge

Responding on behalf of his colleagues, the Council Chairman of the Ho Technical University, Prof. Emmanuel James Floly, said the members would strive to serve, lead and provide direction for the technical universities.

He called for collaboration between the technical universities and industry, without which “we cannot get the desired change”.