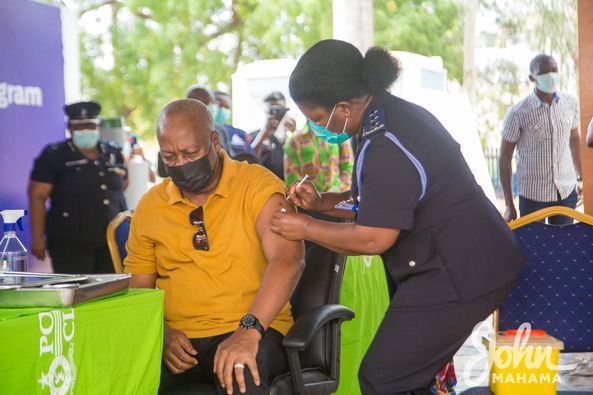 Former Presidents, John Agyekum Kufuor and John Dramani Mahama and his spouse, yesterday joined the rest of the country to vaccinate against the coronavirus disease.

While former President Kufuor received the shot at his Peduase home, Mr Mahama and his wife, Lordina, were vaccinated at the Police Hospital in Accra.

Also, the Speaker of the seventh Parliament, Prof. Aaron Mike Oquaye, was among the dignitaries who received their shot at the Greater Accra Regional Hospital (Ridge Hospital). There were similar exercise in 43 districts in the country.

The vaccine is to help protect people from the risks of being infected by the virus.

The two former Presidents were among the group of persons who fall within a category identified by the National Vaccination Planning Committee. They form part of the first group of people to be vaccinated as announced by President Nana Addo Dankwa Akufo-Addo last Sunday.

In his 24th address on the country’s COVID situation, President Akufo-Addo said the exercise would kick off from March 2 to March 15, with the administering of the 600,000 doses of AstraZeneca vaccine which arrived in the country last week.

The exercise also began in 43 districts with high infection rates — 25 in the Greater Accra Region, 16 in the Ashanti Region, and two in the Central Region.

The group included frontline staff of the executive, legislature, judiciary, other public officers, members of the Council of State as well as healthcare workers. Others are the security personnel, persons with underlying medical conditions and persons of 60 years and above.

In a post on his facebook wall, Mr Mahama wrote: “Lordina and I this morning took our COVID-19 vaccine at the Police Hospital in Accra. I agreed to take the vaccine publicly to encourage and assure all Ghanaians that the vaccines are safe.”

“As a former Ambassador of the GAVI Alliance, I can confidently say that vaccines are useful in preserving our health. Ghanaians must, therefore, disregard all rumours about the vaccine.

“I believe that people should avail themselves of the vaccines and indeed in Africa, we should be less hesitant about taking vaccines because all of us took vaccines when we were growing up.

“It is due to these vaccines that today our children do not get all kinds of diseases like polio and smallpox among others. So vaccines are useful in preserving our health and so we should disregard all the rumours,” he said.

The former President also encouraged the people to continue to observe the COVID-19 safety protocols even after the vaccination. 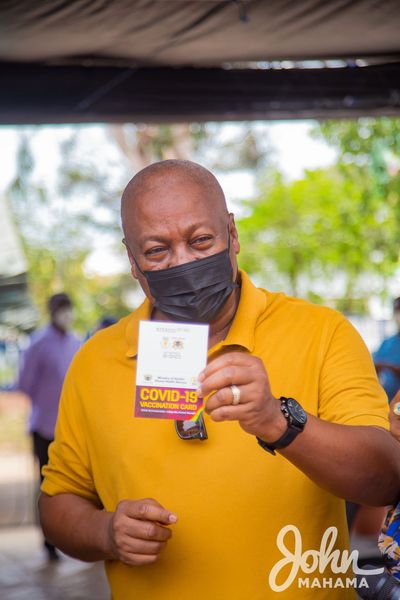 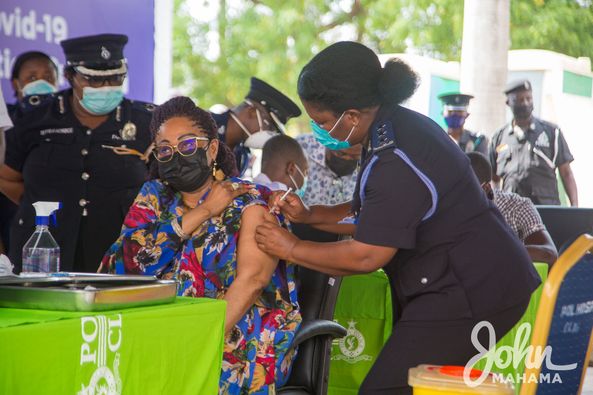