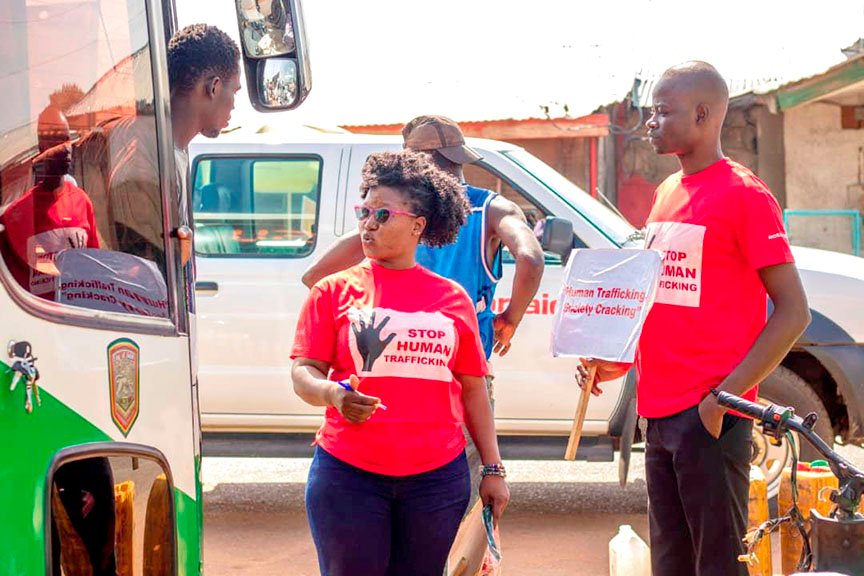 Some of the demonstrators sensitising a bus driver to the crime of human trafficking
30.5k Shares

Human trafficking or trafficking in persons (TIP) refers to the recruitment, transportation, harbouring or receipt of people for slavery, forced labour and servitude.

Despite the spate of its awareness being created in the media, it might come as a surprise to many people to learn that human trafficking has become one of the largest and most lucrative illegal trades in the world alongside gun-running and smuggling of drugs.

While it operates throughout the world, human trafficking is a growing problem in the country and other African countries where most trafficking involved the forced recruitment of females for the sex trade and the exploitation of males for labour within the agriculture sector.

To be “trafficked” means, in effect, to be forced into slavery.

Human trafficking is modern-day slavery. It is an unpardonable crime and a grave violation of human rights. Though figures vary, it is estimated that every year, millions of men, women and children are trafficked in countries around the world.

The demand for cheap labour, sexual services and certain criminal activities are among the root causes of trafficking, while poverty, the absence of economic opportunities, and social attitudes and norms are other contributing factors.

Ghana is said to be no exception to the global challenge of TIP, as it continues to be a source, transit and destination country for human trafficking. 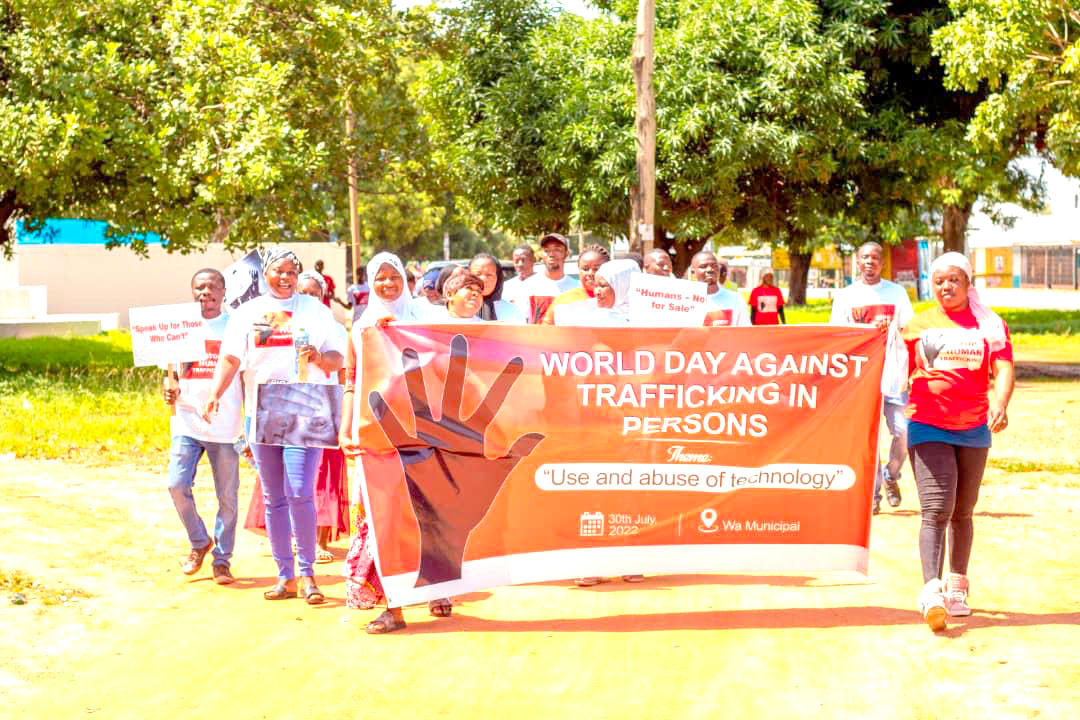 The nature of this illegal trade means that accurate figures of its extent are impossible to come by which prevents authorities to find those responsible to bring them to justice. It is believed that some of these victims including girls as young as 14 years are working as slaves.

As part of activities to create awareness of the chiefs and people on the dangers of human trafficking, a three-year project has been launched at Wa in the Upper West Region so that they can act in concert to prevent such practices.

The project, dubbed Combatting Modern Slavery in Ghana, was being implemented by ActionAid Ghana (AAG) within the northern part of the country with funding from the Norwegian Agency for Development Cooperation (NORAD).

It was aimed at providing accommodation and support for victims, providing extensive support and help in addressing the emotional and psychological traumas experienced by the victims.

To kick-start the project, a sensitisation float was held throughout the principal streets of Wa to highlight the various forms of modern slavery. It was on the theme “Stop Human Trafficking”.

Why people become victims of trafficking?

In an interview after the float, the Project Officer of AAG at Wa last Wednesday, Martina Deri, said most of those involved came from poor societies with few employment opportunities.

Ms Deri said many were lured by false promises of employment either in the country or abroad while others were forced into it by debt bondage, i.e., money owed by the families to the gangs who run the operations.

It is believed in some circles that the majority of the recruitments are done by a close relative who moves from house to house enticing parents with lucrative promises while in others, it could be a friend or an acquaintance of the victim’s family who comes with financial packages.

Sometimes, these are done through both traditional and social media.

She said they had also observed that some parents in the rural areas offered their children for sale when “the going gets tough” for them.

“The result of all these is that most often such promises end up in the victims being subjected to various forms of inhumane treatment and degrading jobs which are injurious to their health,” she said.

For instance, Ms Deri explained that once working in the sex industry, many females experienced brutality and extreme physical violence, as well as the psychological trauma of being forced to have sex with several clients a night.

She said those who were lured abroad were often “sold” from town to town to work as prostitutes and were told that if they were discovered by the police, they would be treated as illegal immigrants.

“For those running trafficking operations, it is an extremely lucrative business with an estimated value running into thousands of Ghana cedis per woman per month,” she said.

What is being done about sex trafficking?

As such, Ms Deri said they were around to sensitise the citizens to beware of such criminal gangs engaged in human trafficking, an activity now on the increase fuelled not only by the growing demand locally or abroad but also by the growth in “stag parties” abroad, i.e., a social event attended by men only.

She, therefore, urged the people to report these characters to the police or their local authorities such as the assembly members and traditional authorities.