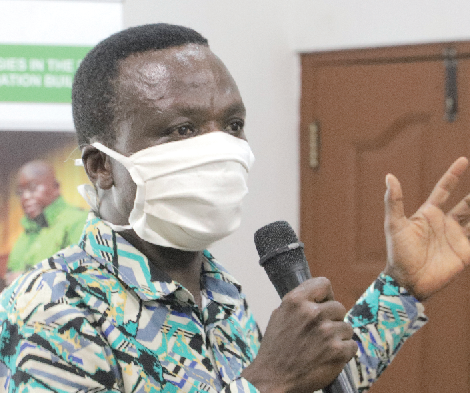 A Senior Research Fellow at the University of Ghana, Legon, Dr. George Domfe, has urged the government to create the enabling environment to spur the sustainable growth of the private sector to create jobs for the youth.

He said the government must put in every effort to cut the cost of credit, reduce the cost of electricity, broaden the tax net, as well as reduce taxes to allow businesses to survive and expand.

“The cost of credit is so high in Ghana, and this makes the environment for job creation very intimidating for most businesses. If we want to move Ghana Beyond Aid, electricity prices must also go down,” he said.

Addressing a roundtable conference on the COVID-19 pandemic opportunities for church leaders and other interest group leaders in Accra, Dr. Domfe said: “One main reason One-district, One-factory (1D1F) is suffering is because of the cost of credit. There is no way you can go for a loan with interest rate of 21 per cent and open up a factory for it to survive.

“Until interest rates go down, we cannot create jobs for our people, and if you cannot create jobs, we may have to rely on what is produced elsewhere. And as we begin to eat what people have produced we will remain where we are for the rest of our life,” he said.

The event brought together representatives of civil society organisations to deliberate on ways religious groups and other interest groups could initiate various income-generating ventures to complement the government programmes such as Planting for Food and Jobs and 1D1F.

It was jointly organised by the Network of Associations of Registered Non-governmental Organisations Ghana (NARNGO) and the National Development Planning Commission (NDPC).

Dr. Domfe, who is also a development economist, noted that given the high cost of credit in Ghana, the government must be commended for facilitating the process for private businesses to access soft loans from China to bolster the manufacturing sector via the 1D1F.

“In China, businesses get loans at eight per cent, but in Ghana the government’s policy rate is 14.5 per cent, and no bank can come down below because they are also working for profit,” he said.

According to him, every developed economy progressed along the primary sector (agriculture) to secondary (manufacturing) and the tertiary sector (services) trajectory.

He said Ghana’s economy from 1957 to 2005, leapfrogged from agriculture sector, the mainstay of the economy, straight to services sector.

He said instead of using the produce obtained from agriculture to develop industries, they were rather sold cheaply as raw commodity.

For instance, he said, value chain of cocoa alone contributed $115 billion annually to the global economy, with the United States, Belgium and Switzerland, which did not produce cocoa, raking in on average $20 billion, $14 billion and $13 billion respectively every year, while Ghana only earned $2 billion annually.

He, therefore, questioned governments’ failure to process and add value to Ghana’s exportable products to generate enough foreign exchange to support the economy and do away with excessive borrowing.

“Just last year, out of the GH¢70 billion the government spent, GH¢20 billion was on interest payments on loans other previous governments had acquired.

“And last year, the government spent GH¢5 billion on infrastructure, but we were able to pay GH¢20 billion on interests to the people who came for our raw materials.

“If we do not change and we think we will still go on selling our gold, cocoa and everything raw, there is no chance for Ghana,” he said.

In a presentation, the President of the NARNGO, Mr. Kofi Lucas, said the goal of the project was to mobilise, educate and sensitise about 200,000 strategic partnership from all religious and interest groups to establish local businesses and artisanal ventures through partnerships and cooperatives.

This, he said, would help to create employments for jobless youth.