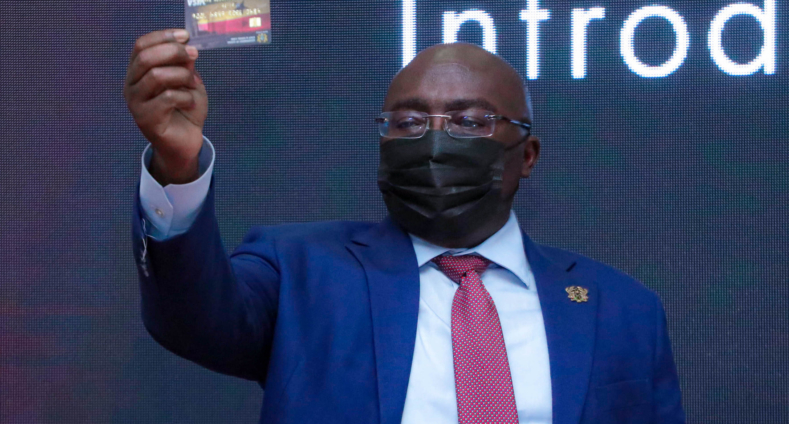 The Vice President, Dr. Mahamudu Bawumia has expressed shock at the extent of identity fraud that has been uncovered on government payroll, following a biometric audit with the Ghanacard by the Controller and Accountant General Department.

"I have heard of ghost workers but never heard of ghosts who are twins or triplets," said the Vice President, amidst laughter by the audience.

“That is a new one, but we will get to the bottom of the corruption with ghost workers on our payroll,” he added.

He however, remained optimistic that the Ghanacard, which has been the bedrock of a robust identity system Ghana is building, will eventually deal with the situation and other forms of identity fraud and discrepancies.

Already, the Ghanacard has uncovered about 14,000 ghost names on the payroll of the National Service Scheme after a biometric audit.

Through the biometric audit at the National Service, government is saving GH¢112m annually following the elimination of the 14,000 ghost names.