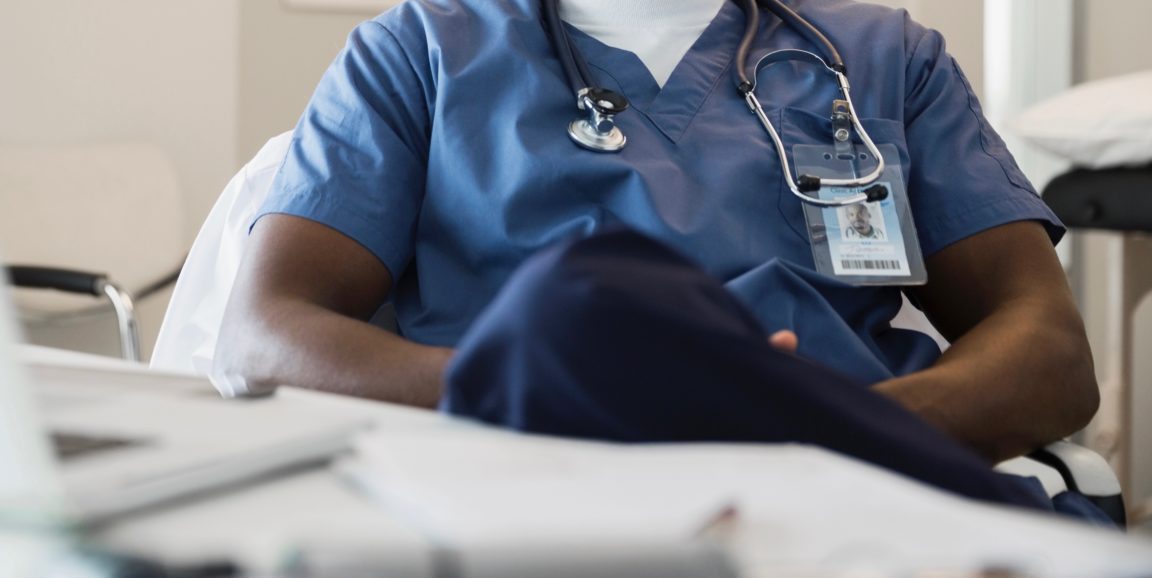 The Medical and Dental Council (MDC), with the support of the police, has, in an operation, arrested 18 suspected quack medical doctors and dentists in the Greater Accra, Bono and Central regions.

The operation also led to the closure of seven health facilities where the suspects were operating.

The 12 fake dentists and six quack medical doctors are said to have attended to many people in their operational areas.

A qualified medical doctor, Dr Michael K. Obeng, was also arrested for working without a valid licence from the MDC and soliciting for clients for medical consultation in cosmetic surgery in a hotel, against professional expectation and the Health Professions Regulatory Bodies Act 2013 (Act 857).

A social media advert showed that Dr Obeng, who is a US-based plastic surgeon, demanded $500 as consultation fee from his clients.

Briefing journalists in Accra yesterday, the acting Registrar of the MDC, Dr Divine N. Banyubala, said the operation was part of routine investigations and complaints from the public.

He said the fake dentists were working with the Laser Smile Teeth Whitening Centre in the Greater Accra Region.

The arrest, he said, followed a number of complaints from patients and practitioners about the suspects, who were operating in two facilities at Asylum Down and East Legon.

Investigations revealed that the suspects did not possess the technical competence nor the requisite licences to lawfully practise, but were found providing regulated dental services in the facilities, against the law.

Dr Banyubala said the management of the centre had, following the closing down of the facilities, undertaken the needed steps to employ qualified dental practitioners to take over the provision of safe dental services, in accordance with health sector regulatory requirements.

Others are Paul Amoanoo of the Royal Medi-Herb Clinic, Ashaiman-Zenu Atadeka in the Greater Accra Region, and Samuel Lanquaye Snr and his daughter, Alberta Lamiorkor, who were arrested in the Central Region.

Dr Banyubala said one of them had been practising for 36 years, while the others were using forged certificates and licences and Ghana Health Service (GHS) and Ministry of Health (MoH) receipts to perpetuate their illegal activities.

The acting MDC Registrar said when Hayford was arrested, he claimed he was an alternative medical practitioner, but investigations established that he owned the clinic and was practising orthodox medicine, even though he had no formal training or licence to do so.

In the case of Adjei, Dr Banyubala said the suspect claimed he was a registered general nurse, but he could not produce his personal identification number (PIN) with the Nursing and Midwifery Council, while investigations found that he was not a qualified medical practitioner and had no licence with which to practise.

Preliminary investigations into Tutu’s case revealed that he had forged the MDC’s permanent licence for physician assistants to indicate that he had been registered with the council to practise medicine since February 19, 2014.

The suspect also forged a certificate to indicate that he had graduated from the Shenyang Medical College in China with a Bachelor of Medicine and Bachelor of Surgery degrees in March 2018.

He is also alleged to have forged documents purporting to be a laboratory technician, while he had in his possession forged MoH and GHS receipts suggesting that he had paid his permanent registration fee for 2020 and retention fee for 2021 to the MDC.

According to the acting registrar, Tutu used the forged documents to obtain employment at various private health facilities and also attended to patients in their homes.

Dr Banyubala said based on information that Lanquaye and his daughters were practising medicine illegally at Assin Adadientem Number Two in the Central Region, a team of investigators from the MDC visited the facility.

With the assistance of the Assin Fosu Divisional Police Command, Lanquaye and Lamiorkor were arrested while they were attending to a number of patients.

He said large volumes of medications and other medical materials were retrieved from the facility, after which it was closed down.

During interrogation, Lamiorkor told investigators that she was working under the tutelage of her father, who had been the medical practitioner in charge of the facility for the past 36 years.

She claimed she wanted to gain practical experience before enrolling in a nursing training college.

Amoanoo, who operated the Royal Medi-Herb Clinic, was arrested after a woman identified as Madam Lucky Teiko Nyinaku, who had been delivered of a baby boy at the clinic, bled profusely and was referred to the Trinity Community Hospital, Zenu, where she died.

The referral of the woman to Zenu was said to have come late (about an hour after birth) while she was in the care of the suspect.

When arrested, Amoanoo claimed he was a trained physician assistant, but he had no licence to practise.

He admitted being the owner of the clinic and the one who attended to the victim.

Amoanoo also claimed that he was a traditional birth attendant, but he was unable to provide any documentation as proof for his training and certification.

The facility was also not registered by the Health Facilities Regulatory Authority (HeFRA) to operate.

All the suspects, according to the acting registrar, were standing trial.