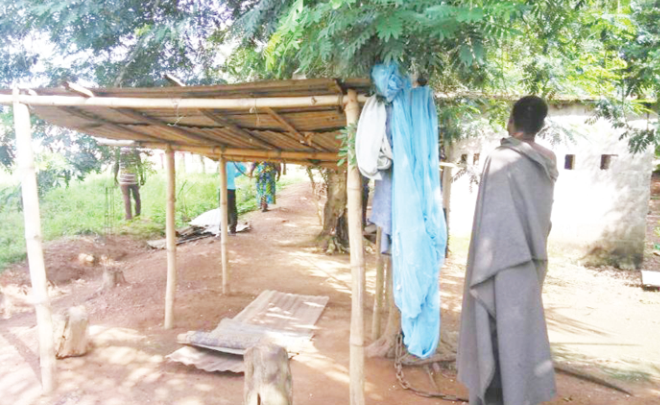 A team from the Mental Health Authority (MHA) stormed the Jesus Divine Prayer Camp at Fantsi Nyankumasi in the Central Region last Friday and released 16 mentally challenged people from chains.

According to the Chief Psychiatrist and Chief Executive Officer of the MHA, Dr Akwasi Osei, who led the team, the action was part of the authority’s campaign on “No human rights violation of the mentally ill in prayer camps”.

The patients, some of whom had been at the camp for many months, had smiles on their faces, obviously happy to have been saved from their ordeals.

“They cannot put the patients in chains. Putting them in shackles, locks and chains and whipping them in the name of beating out the demons in them are serious human rights abuses,” Dr Osei stated. 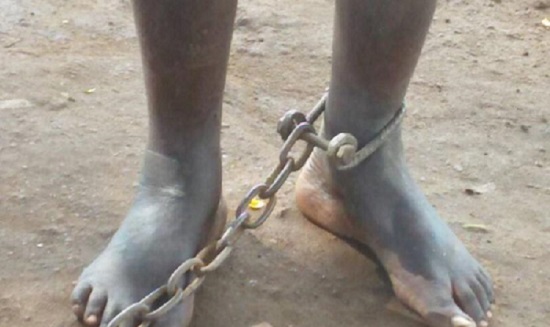 He said the MHA had engaged the managers of prayer camps since the promulgation of the Mental Health Act, 2012 but they had refused to heed the calls to release the mentally challenged persons in the camps.

He said the authority was preparing itself to accommodate the patients to be released from the prayer camps, explaining that after their release, the mental hospitals should have the capacity to accommodate them.

He said the release of the 16 mentally challenged people was the beginning of a nationwide exercise and called for cooperation from the managers of prayer camps.

Dr Osei said the exercise would be structured to ensure that the psychiatric hospitals were able to admit those who would be released from prayer camps to take care of them.

He explained that any prayer camp that refused to release its mentally challenged people could be dragged to court to punish the managers of the camps and the relatives of the patients who sent them to the camps.

Some of the patients who interacted with the team said they defecated and ate at the same place where they were chained.

Others said they were left at the mercy of the weather and bites from insects and other dangerous animals.
The patients were taken to the Ankaful Psychiatric Hospital for proper mental care.