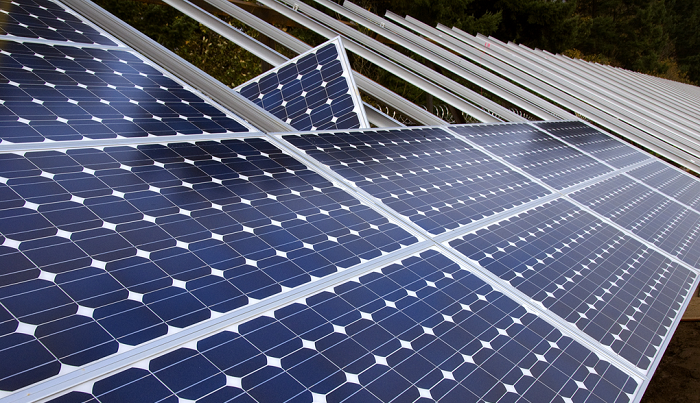 The Regional Maritime University (RMU) has signed an agreement with a German-based company to establish a renewable energy institute to train students in solar technology.

The partnership with Redavia, signed on the recommendation of the government, will make RMU the first and only university in West Africa to train students in solar energy.

The Vice-chancellor of RMU, Professor Elvis Nyarko, announced this at the 11th congregation of the university in Accra last Saturday.

The event was also used to launch the 10th anniversary of the RMU.

It is the largest number of graduates the university has produced since it started 10 years ago.

The number was made up of 331 bachelor degree and 110 diploma recipients.

Prof. Nyarko stated that all major procedures to establish the institute had been followed and added that “soon the university will begin the training.”

On other programmes, Prof. Nyarko said the university had also reviewed all its existing programmes to meet the current job market.

He added that plans were advanced to come up with more programmes that would make RMU one of the best maritime universities in the world.

In a speech read on his behalf by a Deputy Minister of Education in charge of Tertiary Education, Mr Yaw Osei Adu Twum, the Vice President, Dr Mahamudu Bawumia, said the government was determined to develop the RMU into a world class specialised university for maritime affairs.

He stated that an oil and gas equipment had been purchased for the RMU at $3 million to enable the school to train students in oil and gas.

Dr Bawumia also said funds would be released to complete the on-going construction work at the university, including a new administration block, a library and an auditorium complex to enhance teaching and learning.

In line with the government's plan to create jobs for the youth, he said the Ministry of Transport (MOT) had set up a committee to implement a programme on job creation in the maritime sub-sector.

"Under this programme, the MOT in collaboration with the RMU and the Ghana Maritime Authority will train and equip thousands of youth to meet international standards for seafaring activities and operations and be exported annually," he said.

To that end, Dr Bawumia said the MOT had been charged to come out with a proposal for the acquisition of the long awaited training vessel for the university.

He commended ECOWAS member countries for their diverse support to the university, saying that without the partnership of member states, nothing meaningful could be achieved.

The Chancellor and Chairman of RMU Board of Governors, Mr Kwaku Ofori Asiamah, said the university was focused to come up with programmes that would position it to meet current demands.

He commended the management of RMU, particularly the Vice-Chancellor, Prof. Elvis Nyarko, for leading the university to sign strong partnership programmes that would bring out resourceful students.