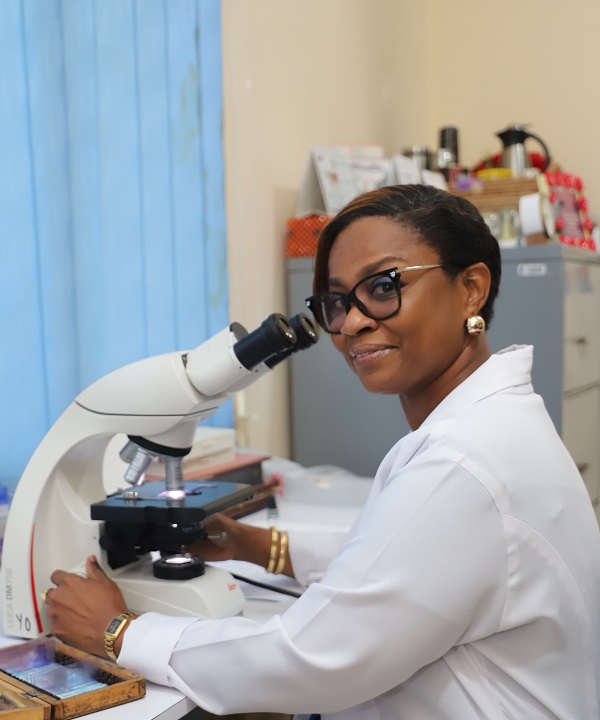 Dr Yvonne Dei-Adomako’s initial plan was to train as a paediatrician but later realised that her interest was drifting towards haematology; diagnosing and treating her patients rather than depending on diagnosis from other clinicians.

Haematology is the branch of medicine involving the study and treatment of the blood and its related disorders and she found this more interesting as she could see first-hand what the cause of a condition is, help other clinicians arrive at a diagnosis and suggest further testing if need be.

“The laboratory component of haematology is what attracted me; the fact that I could look at a drop of blood under the microscope and be able to say that this is what this patient has, this is what I suspect and give recommendations on other tests for diagnosis,” she told The Mirror in an interview last week.

Another factor that attracted her to haematology was the fact that she could embark on a lot of research in that area and from 2003 when she finally decided to switch, that is exactly what she has been up to -- researching blood related disorders.

She has progressed from training as a resident, to Fellowship training, becoming a consultant and currently is the Head of Haematology at the Korle Bu Teaching Hospital in Accra.

She is also a lecturer of Haematology at the School of Biomedical Sciences and Allied Health College of Health Sciences and the Director of the Haematology Department at the Ghana Institute of Clinical Genetics (Adult Sickle Cell Clinic), leading advocacy campaigns on sickle cell and other life-transforming researches

Stint with paediatrics
Prior to that, she was in paediatrics, specifically the Child Health Department of the Korle Bu Teaching Hospital in Accra for five years but kept reading books and online journals about blood.

She recounts that back in medical school, she got distinction in laboratory medicine, comprising of pathology, haematology, microbiology, biochemistry.

“I remember one pathologist telling me that he thought I had an eye for abnormal things in blood. I also remember that during my rotations, especially in pathology, they were very happy with my diagnosis, but I wanted to be a paediatrician so I didn’t really pay attention to it,” she said.

She added that at some point, paediatrics was a bit depressing, particularly after diagnosing a child with cancer and other terminal diseases. She couldn’t stand the pain and struggles such children had to go through.

Work on sickle cell disease
Dr Dei-Adomako practises as a haematologist in both clinical and laboratory aspects and manages patients with conditions such as leukaemia, lymphoma, multiple myeloma, deep vein thrombosis, as well as other non-malignant conditions, such as sickle cell disease (SCD) and other anaemias.

She said in Ghana the prevalent cases of SCD were about 15,000 babies born annually with the condition. 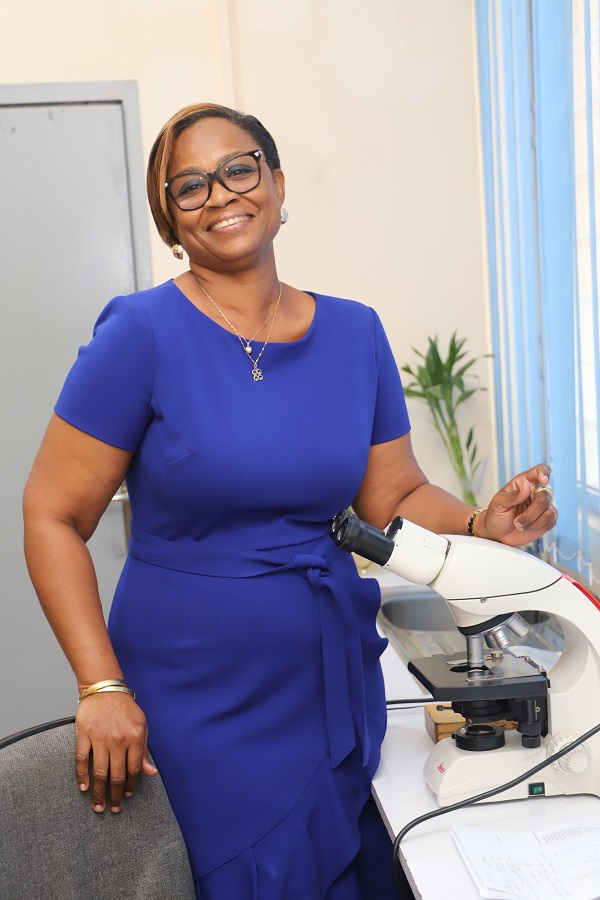 “One of the drugs, Crizanlizumab by Norvatis has been approved for people within 16 years to 65 years with SCD. Now, we are looking at administering to a younger age group; starting from 12 years. It is a monthly infusion taken over 30 minutes.”

She explained that the trial was a multi-centre trial (being conducted across different countries around the world) and in Africa, only Ghana and South Africa were part with Ghana giving the highest number due to the prevalence rate and existence of the Sickle Cell Clinics.

Asked what feedback from beneficiaries had been on the five-year trial which had run for the past year and half, she said: “Parents of these young children are very excited about the progress so far. Instead of taking pills every day, they come in once a month for the injection which is very expensive. And we also run labs for them at no cost to monitor the progress.” 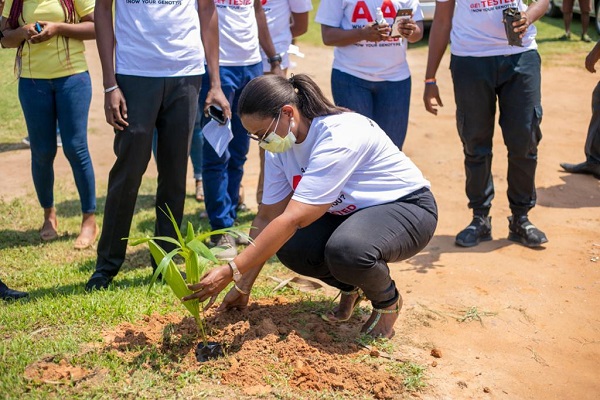 She said for patients currently on the drug, there had been a reduction in occurrence of bone pain crisis that they got, adding “If you know anyone with sickle cell, you will understand what it means to have these crises and so this drug brings so much relief.”

Journey to Medical School
Before secondary school, Dr Dei-Adomako saw a biochemist who worked in a pharmaceutical company and thought it would be interesting to work in a company that developed drugs.

It was a conversation with her dad that opened her eyes to medical school and the possibility of becoming a medical doctor.

“My dad was an academic and as soon as I told him about my intentions, he thought I could rather be a doctor and honestly I’m grateful to him for his guidance and support throughout medical school.

“Initially when I started, I thought it was a lot of work, a lot of reading but I gradually became very interested in a lot of the subject areas.

She started secondary at the Wesley Girls High School in Cape Coast in the Central Region from 1981 to 1983 and continued at the Federal School of Arts and Science, Sokoto, Nigeria which she completed in 1987.

Dr Dei-Adomako trained as a medical doctor at the University of Maiduguri in Nigeria and it was after her training that she moved back to Ghana, specifically the Korle Bu Teaching Hospital to start her housemanship (a junior doctor training in a hospital post).

One of her early experiences during her period as a houseman which still lingers on her mind is when a baby she and some colleagues were attending to died.

“That really got to me. I can still remember the mother wailing. I think I never really got over some of these incidents at the paediatrics. There were instances when children who had been bitten by a rabid dog, or down with severe malaria with convulsions and other serious conditions and deep in your head, you know this child may not make it. I always had those images in my mind so when I started having children, anytime I noticed a fever or signs of infection, I will quickly run tests, call other colleagues just so it doesn’t deteriorate,” she narrated.

When she moved to the Haematology Unit, she also had an experience where a teenage boy, an only child to a single mother died from leukaemia.

“This boy’s death also got to me as I was the one on the ward serving medications, monitoring him and I knew what his mother was going through. After that experience, I finally decided not to attach too much emotions to the cases I meet. At some point I thought to myself if this was the profession I really wanted to be in for the rest of my life. Later, I concluded that I will see many of such situations so I better brace myself,” she said.

A day in her life
Dr Dei-Adomako currently wears many caps, and to ensure that she executes her roles effectively, her day at work usually starts by 6:30 a.m.

Her first activity is to analyse blood slides with her microscope before responding to e-mails and other administrative work that comes with being the head of her unit and the Sickle Cell Clinic.

On days when she has to teach, her classes are held early mornings so she can attend to patients afterwards.

The mother of two, a girl who is 21 and an 18 -year-old boy, said that had been her routine since her days in residency.

“To be able to juggle all these roles at work and family, I needed a plan and I realised I can only do all if I start my day early. When my children were young, they were always the first to get to school so I made sure they slept early. Half the time, I didn’t have help so I made sure we lived close to Korle Bu so I could quickly check on them during the day. I also took my leave during their vacation so I spend time with them,” she explained. 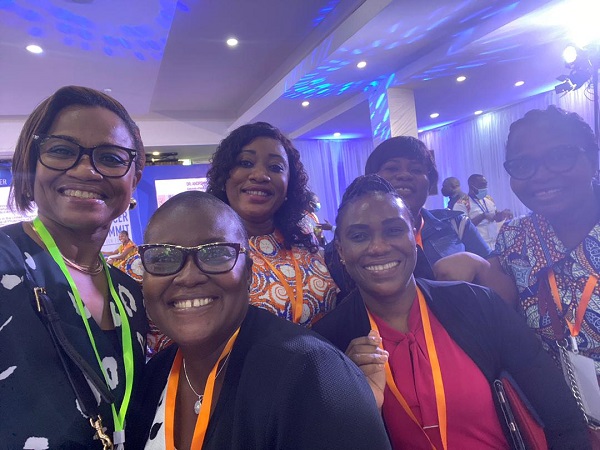 She added that now that her children are older, she tries to make some time for social activities, something she had put on hold for a very long time.

“Being women and being responsible for the home, children and other duties, we can’t succeed without being focused, managing time and multi-tasking. There are moments you have to decide to put some activities on hold to work towards achieving your goals,” she advised.