Consumers fill cylinders in ‘tots’ : As prices of LPG bite 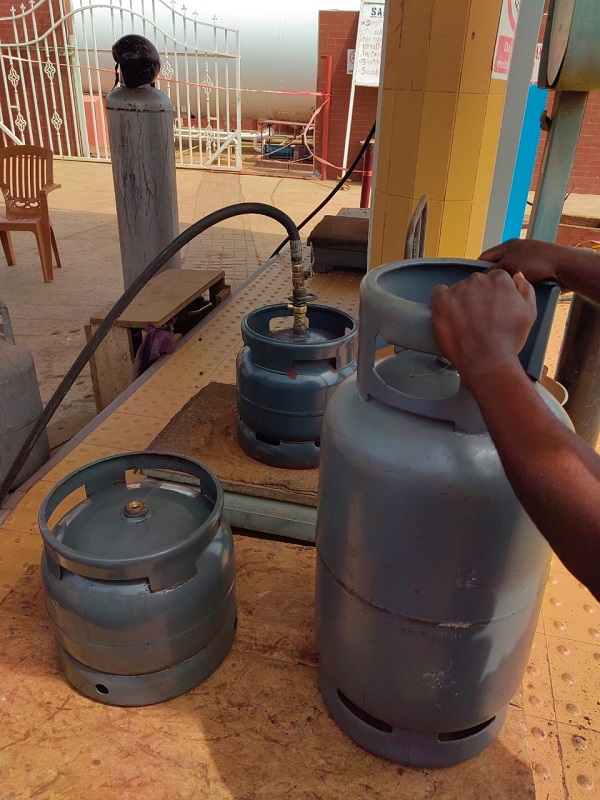 Some food vendors who cook with gas cannot bear the cost of filling their cylinders to the brim. Follow @Graphicgh

Due to the frequent adjustments in the price of Liquefied Petroleum Gas (LPG) in the country, some people have decided to fill their cylinders in ‘tots’ (bit-by-bit) instead of filling to the total weight of the cylinder.

Since the beginning of the year, the price for LPG has not been stable, making it impossible for some food vendors who cook with gas to bear the cost of filling their cylinders to the brim.
At some of the gas filling stations at Madina Social Welfare, Trade Fair, Spintex, Tudu all suburbs of Accra it is common to see people carrying between four to 14.5kg cylinders.

Interestingly, those customers could only fill halfway as they complained about the high cost.

As of January this year, vendors were filling the four-kilogramme cylinder at GH₵34 while the 14.5kg which is used by most households was going for GH₵124.

Currently, the four- kilogramme cylinder is being filled at GH₵49 while the 14.5kg is GH₵177.

The 74kg, which is the biggest cylinder used by commercial consumers such as restaurants and hotels was GH₵639 in January but is now GH₵903.

Last Sunday, April 3, 2022 , this reporter chanced on some customers at the Frimps Gas Station at Manet Court on the Spintex Road who were finding it difficult to fill their cylinders to weight because their budgets had been affected by the price increase.

In an interview with an Indomie (noodles) vendor, Ms Akua Pomaah, she complained that due to the constant price increment of LPG, she was forced to pay between GH₵20 and GH₵25 to fill her four-kilogramme cylinder halfway.

“Prices of Indomie products have shot up, oil, eggs and sardines are all expensive so I can’t use the little profit I make to fill gas. I used to fill the whole cylinder for GH₵34 now they say it is GH₵49.”

A fast-food seller (check-check) , Mr Kofi Sanko , who operates around the Coca-Cola roundabout on the way to Baatsona in Accra said he used to fill his 12-kilogramme cylinder at GH₵102 but that has changed to GH₵147.

As a result of the high cost of LPG, Mr Sanko has increased his small pack of check-check from GH ₵5 to GH₵7.

“In the past I used to add a medium sized chicken wing to the GH₵ 5 pack of rice. Now you can either get a fried egg or a sausage. I am operating in front of a shop which sells iron rods and the owner has warned me not to use charcoal. I would have gone for it since a sack is about GH₵100,” he lamented.

It seems the increases in price is not only biting street food vendors. Madam Mariam Adams cooks lunch at home and delivers to some corporate institutions in the Central Business District (CBD). According to her, she used to fill the 25kg cylinder at GH₵213 but it was now GH₵ 305, a difference of GH₵92.

“As we all know, prices of foodstuff, fuel and LPG have all gone up yet some people want to buy the food we prepare at the same price which is not possible. We were providing a pack of lunch between GH₵10 and GH₵15. Now we have added GH ₵5 to each pack and our clients are complaining. Some even say they will be bringing their own food from 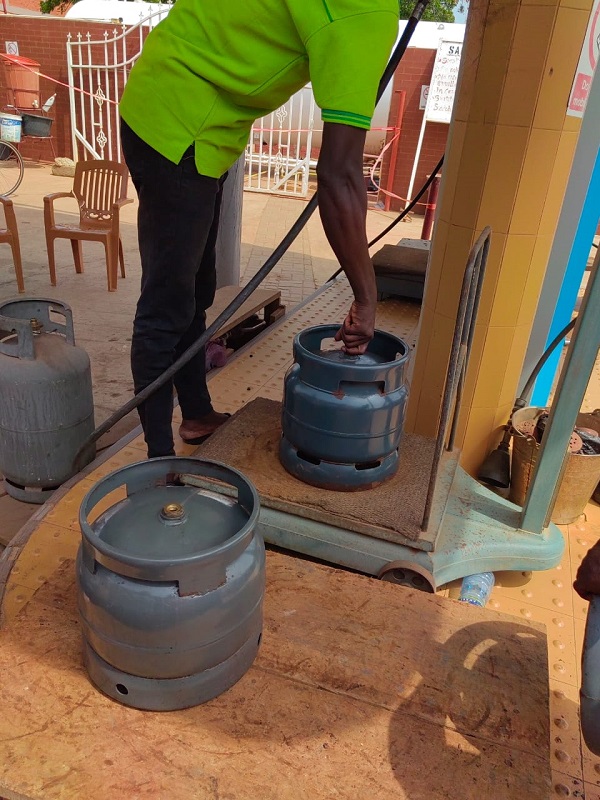 home to save cost. Unfortunately, we can’t do anything about it," she emphasised.

Some taxi drivers who decided to switch from petrol to LPG gas are also in a fix. Those operating at the Agblezaa Taxi Station on the Manet Road in Accra told The Mirror that due to the high cost of petrol, some of them decided to convert their petrol tanks to LPG since gas was a little bit cheaper but that move had become imprudent.

“Already market is not good as these Uber, Bolt and Yango drivers have taken all our customers. In the past, when I fill my gas tank, I can use it for a week before I go for refill.

But these days, I tell them to fill about GH₵50 worth. The weight of my tank is 20kg. If I decide to fill it all I will end up paying GH₵244 which is too expensive. The whole day for instance, I only dropped some small girl at her school at Teshie and I have since not made any sales,” Wofa Yaw complained.

Attendants at the Tudu and Social Welfare Gas Stations told The Mirror that some of the customers come to fight with them when they mention the current prices to them.

“Some of them behave as if we control the prices at our stations forgetting that we don’t have anything to do with it. We sell according to the prices we are given. When we explain things to them, they get infuriated. Now most of the women who cook to sell come to fill according to the money they have at hand and you can’t deny them.”

According to the Monthly LPG consumption in Ghana from 2020 to 2021, as of October 2021, approximately 27,000 metric tons of LPG was consumed in the country.

This was a decrease compared to the four preceding months, when between 29,000 and 31,000 metric tons of the petroleum products were supplied.