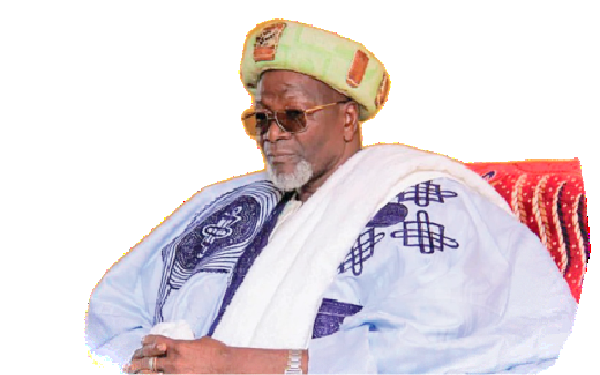 In March 2002, the decades-old dynastic feud between the Abudu and the Andani branches of the royal family of Dagbon took a tragic turn when Ya Na Yakubu Andani II, the overlord of Dagbon, and about forty of his courtiers were killed.

The Gbewaa Palace, the seat of the Dagbon skin, and 36 other houses in its vicinity were also burnt down.
Suspicion and blame game spread, as Dagbon and the entire nation faced a major crisis.

The feud between the two factions of the royal house of Dagbon is said to date back to 1954 with the enskinment of Ya Na Abdullai III as successor to his late father, Naa Mahama Ella I .

As both father and son were from the Abudu line, the enskinment of Ya Na Abdullai III was seen by the Andanis as a breach of a customary understanding or convention that called for succession to the Dagbon skin to rotate between Abudu and Andani.

The rift deepened when, after 15 years on the skin, Ya Na Abdullai III passed away and was succeeded yet again by a son, Mahamadu Abudulla IV, also an Abudu.

That was the third time in a row that an Abudu had occupied the Dagbon skin. With time, Andani feelings of exclusion and grievance grew.

In 1994, the government set up the Ollennu Committee to investigate the Dagbon chieftaincy dispute.

On the basis of the report of the Ollennu Committee, some kingmakers in Dagbon succeeded in de-skinning or removing Mahamadu Abudulla IV.

Yakubu Andani II was then installed as the new Ya Na.

The Abudus, however, refused to recognise Yakubu Andani II as Ya Na, insisting that under Dagomba custom a Ya Na is never deskinned.

A section of the delegation of Abudu and Andani Royal Gates

In effect, Dagbon now had two royals, one each from the Abudu and the Andani households each holding themselves out as Ya Na although, in official government circles and records. Ya Na Andani II was the recognised Paramount Chief of the Dagombas.

The death in 1989 of deskinned Ya Na, Mahammadu Abudillai IV, precipitated a crisis.

The Abudus insisted he should be buried at the Ghewaa Palace as a Paramount Chief, and his funeral performed there as well.

Ya Na Andani II and his faction rejected this demand, arguing that as Mahammadu Abudullai lV did not die as a Paramount Chief he was not entitled to be buried in the fashion demanded by the Abudus.

Dagbon remained for many years after that in a state of uneasy peace, punctuated by episodes of internecine clashes.

It took the combined efforts and resources of district, regional and National Security Councils, as well as the Ghana Police Service, the military, religious leaders, and even some UN agencies, to keep the peace in Dagbon.

Over the years, the Dagbon conflict destroyed lives and livelihoods, discouraged investment and slowed development in this historically deprived section of the country.

This forced increasingly large numbers of local residents to migrate southward in search of stable opportunities.

Scarce public resources that should have gone into social improvement was spent to quell intermittent disturbances and maintain the peace.

In 1994, the government said it had spent over GHc6 billion to maintain peace and order in the northern part of Ghana alone, a significant part of that related to Dagbon.

Physical and allied infrastructure all broke down and the economy of the north duffered seriously.

In March 2002 factional disagreement over who had the right to perform the Buqum (fire) festival resulted in renewed clashes for control of Yendi.

Fighting became fierce with the exchange of gunfire ringing all over the town of Vendi.?????????

It was in the midst of this chaos that the assault on Gbewaa Palace and the killing of the late Ya Na Andani II took place.

In response to the tragic events and ensuing crisis, then President John Agyekum Kufuor set up a Commission of Inquiry, under the chairmanship of Justice L.N.K. Wuaku, to investigate the circumstances leading to the murder of the Ya Na.

Among other things, the Wuaku Commission found that the late Ya Na Andani and all those who died within the Palace and its environs were killed by Abudu fighters.

While accepting the findings and recommendations of the Wuaku Commission, President Kufuor also decided to draw upon the power and resources of Ghana's custom-based traditional approach to mediation and dispute settlement in search of a lasting solution to the Dagbon feud

In furtherance of this goal, the President constituted a three member Committee of Eminent Chiefs under the chairmanship of the Asantehene, Otumfua Osel Tutu II.

In January 2004, following the death of Nayiri Na-Gamni Muhammadu, his successor as Paramount Chief of the Mamprugu Traditional Area, Naa Bohagu Abdulal Mahami Sheriga, replaced him on the committee. Then in January 2010, the Yagbonwura Bawa Doshie died. His successor as Paramount Chief of Gonja, Yagbonwura Tuntumba Boresa , took his seat on the Committee in March 2010.

This untested path towards an enduring peace in Dagbon was met initially with considerable skepticism, and reaction that seemed reasonable given the many failed attempts to solve the problem.

This untested path towards an enduring peace settlement in Dagbon was met initially with considerable skepticism, a reaction that seemed reasonable given the many failed attempts to solve the problem.

Meetings of the Committee were held at the Manhyia Palace in Kumasi.

In all, the Otumfuo Committee held 60 sittings between April 2002 and November 2018, when a final resolution was reached after sixteen years of persistent mediation.

Along the way, the Committee reached a number of important breakthroughs and agreements with the parties.

1. Burial of the late Ya Na Yakubu Andani II;

2. Installation of a Regent;

4. Performance of the funeral of Ya Na Yakubu Andani II

5. Selection and enskinment of a new Ya Na in accordance with custom.

There was a lull in the work of the Committee between 2009 and 2012, after the Kufuor Administration left office and was replaced by the John Mills administration.

The Otumfuo Committee resumed activity in the middle of 2012, upon the assumption of office of President John Dramani Mahama.

The Committee had its fair share of drama and uncertainties.

Its meetings witnessed boycotts from both the Abudu and the Andani camps The binary division in Ghana's party politics also injected itself into the Committee's efforts, as each of the feuding Dagbon factions was known or suspected to be aligned with one or the other political party.

Both camps traded accusations and allegations of unjust treatment and political bias and interference.

Mistrust between the two factions remained high, and Ghanaians grew more and more wary of the Dagbon crisis and expressed doubts about the ability of the Otumfuo Committee to resolve the conflict.

Defying all the odds and the doubters, the Otumfuo Committee announced on Friday November 16, 2018, that a deal had been reached between the Abudus and the Andanis that would pave the road to a permanent peace

The "Peace Deal" had the following components:

•The Abudus would be given access to the Gbewaa Palace to perform the final funeral rites of the late Ya Na Mahamadu Abudulai, in accordance with their custom

•The funeral rites, which were expected to last for two weeks, would commence on December 14 and end on December 28, 2018, after which the Abudus would vacate the Gbewaa Palace peacefully.

•The Andanis would then take their turn at Gbewaa Palace to organise the customary funeral rites of the late Ya Na Yakubu Andani from January 4 to January 18,2019.

•The Andanis would also leave the Gbewaa Palace peacefully after completing the funeral rites of Ya Na Yakubu Andani.

•Upon completion of the two funerals, the customary processes for the enskinment of a new Ya Na would commence.

Emerging from closed-door meeting during which the Peace Deal was finalised, a spokesperson for the meeting praised Otumfuo Osei Tutu for "his patience and the unique manner in which he worked tirelessly to ensure the peaceful resolution of the impasse."

On Wednesday November 21, 2019, Otumfuo Osei Tutu, together with the other members of the Committee, as well as representatives of the two factions and other major stakeholders in the Dagbon Crisis, presented the Roadmap to Peace in Dagbon to President Nana Addo Dankwa Akufo Addo at the Jubilee House.

Otumfuo informed the President that the two feuding factions had endorsed the roadmap and assured him of his commitment to ensure a lasting peace in Dagbon.

The separate funerals of Naa Mahamadu IV and Ya Na Yakubu II came off as agreed, following which the Paramount Chief of Savelugu, 80 year old Yoo Naa Abubakari Mahama, was enskinned as Ya Na Abukari II on Friday January 25, 2019, in accordance with Dagbon custom

Writing to Otumfuo Osei Tutu II on February 4, 2019, the Mahami Royal Family, one of the royal families in Dagbon, stated: "We the chiefs and people of the Mahamiyili within the Dagbon Traditional area will like to thank you very much for the patience, wisdom and tenacity with which you and your colleagues on the Committee of Eminent Chiefs have handled the Dagbon crisis to result in a road map currently being implemented in an atmosphere of peace and cooperation

“The fact that the whole country united and assembled in Yendi to support one Dagbon at the investiture of Ya Na Abukari II on Friday, 25th January, 2019 bears testimony to your sterling counsel after many years of tortuous negotiations between the two feuding families of Abudu and Andani royal gates of Dagbon.

The royals of Dagbon will be eternally grateful to you for your great achievement".