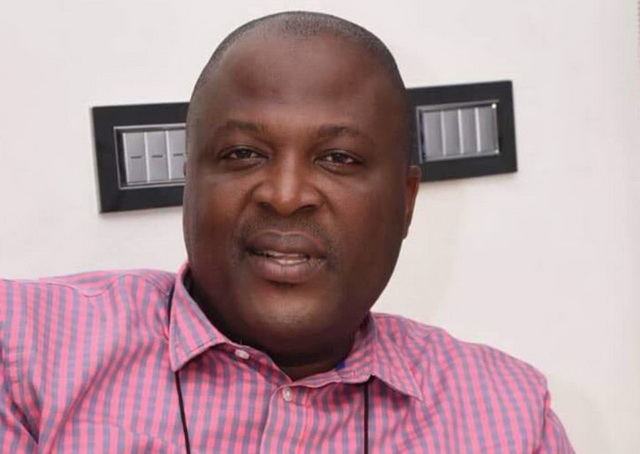 One of the most ferocious international bidding wars for a gold mining concession in recent history has taken a dramatic new turn with the late entry of a wholly Ghanaian owned company which is looking to become the first indigenous owner of a major gold mine in Ghana.

The fact that the Ghanaian company that has entered the fray – Engineers & Planners – is owned by one of the most well-known Ghanaians, who also happens to be the younger brother of the immediate past President of the country who is seeking to return to that job at the December 7 presidential elections, makes the latest turn of events so much more dramatic.

The younger Mahama has been accused often without evidence by the NDC’s political opponents of leveraging on his relationship with his elder brother to secure government contracts and permits as well as financing from state owned commercial lenders, but even their most ardent critics cannot dispute E&P’s track record of professional excellence in its activities.

Latest venture
Anyway, the success or failure of Ibrahim’s latest venture cannot be influenced by his supposed connections – the bidding war that E&P has just joined is being played out on the Australian Stock Exchange and his opponents are both foreign companies. One is Shandong Gold, a Chinese state owned gold Mining Corporation and the other is the London headquartered Norgold.

At stake is full ownership of Cardinal Resources, a company listed on the ASE which owns the Namdini Project, one of the most promising gold concessions in West Africa which stands to be developed into the first major gold mine to be located in northern Ghana.

It is located in the vicinity of Bolgatanga, Upper East Region. The feasibility study submitted in November last year, is based on proven and probable reserves of 5.1 million ounces of gold, which will support a mine with a 15 year life span, which will produce 4.2 million ounces.

The mine is projected to generate US$1.46 billion in pre-tax free cashflow over the 15 years, which means royalties of some US$73 million for government, in addition to income tax and dividends on its 10 percent freely carried equity stake.

The mine will be a single open pit for surface mining.

Protracted bidding
Cardinal Resources had hoped to have its mine up and running before the end of 2022 but this depended on its securing all the requisite finance before the middle of this year, a proposition no longer possible because of the protracted bidding was and despite the attractive project economics.

Ibrahim Mahama’s entry into the bidding war is coming late in the game. It has been on since June and has seen the valuation of Cardinal Resources more than double between then and October, as the two foreign combatants have each raised the stakes time and again with new, higher bids in their efforts to outdo each other. Before bidding opened, in March this year shares were trading at 0.46 Australian dollars. Bidding opened with Norgold’s A$0.60 in June but this was quickly overtaken by Shandong’s A$0.66.

At the time of E&P’s entry into the fray Shandong was the frontrunner with its latest bid standing at A$1.00 But E&P beat that, with its bid of A$1.05, although Shandong matched that almost immediately.

Importantly, E&P may not be the financial frontrunner; but it is the sentimental leader, since it is an indigenous Ghanaian firm seeking control of an enterprise that will exploit the country’s natural resources in an industry entirely dominated by foreign mining firms up till now.

But Norgold is challenging the validity of E&P’s offer and further argues that it’s funding is in doubt. Furthermore, Australia’s Foreign Investment Review Board is yet to approve it.

Political reasons
Ironically though, Ibrahim’s biggest non-financial obstacle may be placed before him by Ghana’s government and this for political reasons.

It is instructive that his most recent attempt to exploit a bauxite concession in the Ashanti region was blocked by the Government of Ghana when the incumbent administration won power from the NDC in 2017 and went ahead to reverse the allocation of the concession on the grounds that due process was not followed to the letter.

This happened despite E&P’s excellent track record in contract mining on behalf of some of the leading international mining companies operating in Ghana.

Unsurprisingly the incumbent government’s action generated heated controversy, but as is always the case, the state had its way.

Already, public policy commentators are predicting that if E&P wins the bidding war itself – which is still by no means certain considering the resources available to Shandong in particular – and the incumbent government wins a second term in office, it may try to put stumbling blocks in the company’s way again.

Array of permits
A plethora of government agencies would still have to grant an array of permits covering environmental socio-economic and financial considerations before the newly acquired Cardinal Resources would be allowed to actually build and operate a gold mine on the concession. A returning NPP would likely be tempted to block E&P out of worries that an eventual mine’s strong cash flows could eventually be used towards prizing it out of political power at a subsequent election.

However this would be a difficult feat for the incumbent administration to pull off. Not only does E&P have a strong track record of accomplishment in mining operations, but its acquisition of Cardinal Resources would not necessarily change its technical capacity; it’s the company’s ownership that would change, not its technical team.

Nationalistic fervour
Besides, E&P’s bid is already raising nationalistic fervour among Ghanaians - including those with sympathy for the incumbent administration - who are fed up with seeing foreign firms exploiting their country’s natural resources for huge profits while Ghana’s economic growth and development remains truncated.

Thus any effort to block E&P, after successfully acquiring Cardinal Resources from developing the mine would be hugely unpopular among the Ghanaian populace.

On the other hand if the NDC wins the upcoming election and E&P wins the bidding war, Ibrahim Mahama’s critics would not be able to muster a case against his company’s development of the mine through Cardinal Resources since the closing date for bids is late December, weeks before his brother would assume office if he wins the election.

Already Ibrahim Mahama has the support of international mining industry analysts, international development commentators, Ghanaian indigenes and even some shareholders of Cardinal Resources. There is little likelihood, if any at all, that local opposition along political lines could overturn all of that that, even if the opposition emanates from the sitting government itself.