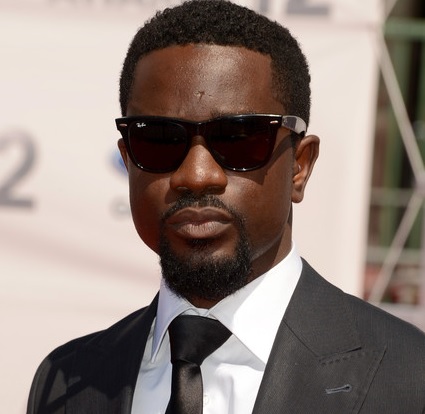 The artistes whose works they were found guilty of pirating included Sarkodie, Daddy Lumba, R2Bees, Hannah Marfo and Akua Serwaa.

The court, presided over by Mr Emmanuel Nana Antwi Barimah on Friday, May 17, fined the five men 500 penalty units each totalingGH2500 penalty units for each of the count they were found guilty of.

Presenting the facts of the case, the prosecuting officer, Inspector Hanson H. Armah, told the court that on April 5 this year, the complainant, Eric Tetteh, a member of the Ghana Music Rights Organisation (GHAMRO) and other members together with a contigent of armed police personnel stormed Osu, La and the 37 lorry stations and their environs.

They found the first to fifth accused persons namely; Bernard Amakye, Awal Mohammed, Owusu Gabriel, Andy Obeng and Opoku Maxwell, at their respective places with their laptops and other devices briskly downloading and selling songs for commercial purposes without legal authorization.

The accused persons were arrested and sent to the police station and subsequently arraigned before court after being charged with the offence of reproduction of audio visual works without authorization.

Four of the accused persons pleaded guilty with explanations on all counts except the second accused person who pleaded not guilty to the charges preferred against him.

Briefing the court on the evidence available, the complainant and Eric Tetteh, who represented the task force members in court said it took them over two weeks of surveillance to secretly monitor the activities and illegal mechanisms used by the accused persons to download musical works.

They then captured unlawful acts in pictorial form which they subsequently used as evidence exhibited in open court to buttress their argument. 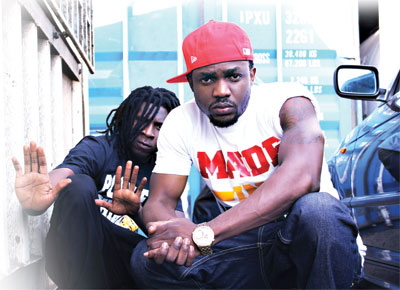 Passing the judgment, the presiding judge described music piracy as a canker that destroyed the livelihood of several creative artists like Senior Eddie Donkor and Akwasi Ampofo Adjei.

He termed piracy as “naked robber” which eluded musicians of benefiting financially from their sweat, remarking that “it was time to mete out appropriate punishment to serve as a deterrent to others”.

He rejected the “guilty with explanations” pleas of the four accused, Mohammed Awal’s “not guilty” plea as untruth since there was documentary evidence in pictorial forms which exposed him in the act.

He convicted the five accused persons on the respective criminal charges against them and sentenced them to 500 penalty units each or serve two years in prison each in default.

In accordance with Section 46 (b) of the Copyright Act 690, Nana Antwi Barimah ordered the destruction of devices used by the accused persons under the supervision of the court registrar and prosecutor.

In an interview with Showbiz, the Chairman of GHAMRO, Mr Carlos Sakyi and Mark Okraku Mantey, a board member who were present throughout the court proceedings, expressed their satisfaction with the ruling.

They said it was a massive victory for composers, musicians and producers who had gone bankrupt due to piracy and could now have a sigh of relief since the law was present to deal with such culprits.

“We promise to sustain the war on piracy and bring prosperity and relief to music owners and investors in Ghana,” they said.