We have been too slow with our economic development -Dr Kwakye 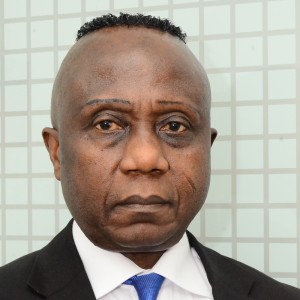 Ghana has been too slow in moving its economy forward, 64 years after independence, Director of Research at the Institute of Economic Affairs (IEA), says Dr John Kwakye.

He said it was therefore time to take bold, innovative and ambitious measures to achieve the necessary quantum jumps in the country’s development indicators.

“We need to lift our people out of poverty within a generation,” he said.

Dr Kwakye said this when he addressed the media at the IEA’s post mid-year budget analysis.

He said the opportunity should be seized to redirect the country’s budget projections to implement transformative policies that would accelerate the development of the country.

Dr Kwakye also urged the government to increase Its efforts to raise more revenue by plugging the numerous loopholes in the tax system.

He said by just plugging the loopholes in the tax system, the government could raise its tax to GDP from the current 12 per cent to 20 per cent.

He noted that the lack of sufficient ambition in scaling up revenue has contributed to higher financial imbalances, while constraining economic growth.

He described the country’s tax revenue and total revenue projections of GHȼ56 billion and GHȼ72 billion for the 2021 years as peanuts.

“In GDP terms, the tax and total revenue are 12.7 per cent and 16.5 per cent respectively. These ratios compare unfavourably with our middle-income peers’ average of 25 per cent and 30 per cent,” he noted.He pointed out that the country lost in excess of GHȼ5 billion annually through tax exemptions.

He said these exemptions were, however, subject to considerable abuse.

“Government enacted a bill to streamline the exemptions, but it has been languishing in Parliament since 2019. The political will to pass the bill seems to be lacking, ostensibly due to entrenched interests. Parliament needs to do the needful in passing the bill with urgency to plug a big hole in the tax system,” he said.

Dr Kwakye also noted that property taxes constituted potentially a large pool of revenue, given the sprawling mansions in the urban areas, but they were barely collected.

He therefore called for a full inventory of properties to ensure that market-rate taxes could be levied appropriately.

“Making property tax collection the responsibility of MMDAs and allowing them to retain part as their internally-generated funds would be a good step to boost property taxes,” he stated.

The Research Director also noted that substantial amount of revenue was lost through illicit financial flows, such as trade mis-invoicing, transfer pricing and various forms of money laundering.

He said studies put annual revenue loss from illicit financial flows at about US$3-4 billion.

“A strong investigative and surveillance system is needed to detect and curb these practices. Equally needed is a strong sanctions regime to punish and deter culprits,” he said.

Dr Kwakye said tax evasion or noncompliance, which often occurred with the connivance of tax officials, also represented a major source of revenue loss to the state.

He said a strict surveillance system backed by a strong sanctions regime was therefore needed to deter and minimise the incidence of tax evasion.

“The informal sector accounts for 30 per cent GDP, yet a large part remains outside the tax net. Most of the activities are small in scale but cannot be completely ignored. Businesses that employ at least a few people, like mechanics, hairdressers, tailors and other artisans, should be taxed, while leaving out small fishes like “kayayoos,” “kenkey,” “waakye,”and “ice-water” sellers, who have tiny incomes.

“Digitisation and other new technologies should be fully leveraged for collection of informal sector taxes,” he mentioned.

He said tax fraud and corruption perpetrated through connivance between tax payers and tax officials also deprived the state of substantial revenue annually.

“We suggest that a strong multi-layered surveillance system supported by automation and digitisation be used to deal with the problem, in addition to a strong sanctions regime to deter and punish offenders.

“Inefficiencies still persist in tax administration, including collection delays, inadequate taxpayer coverage and high collection costs, which result in revenue losses to the state,” he stated.

He said expanding automation and digitisation would therefore go a long way to improve efficiency in tax administration and positively impact tax revenue.