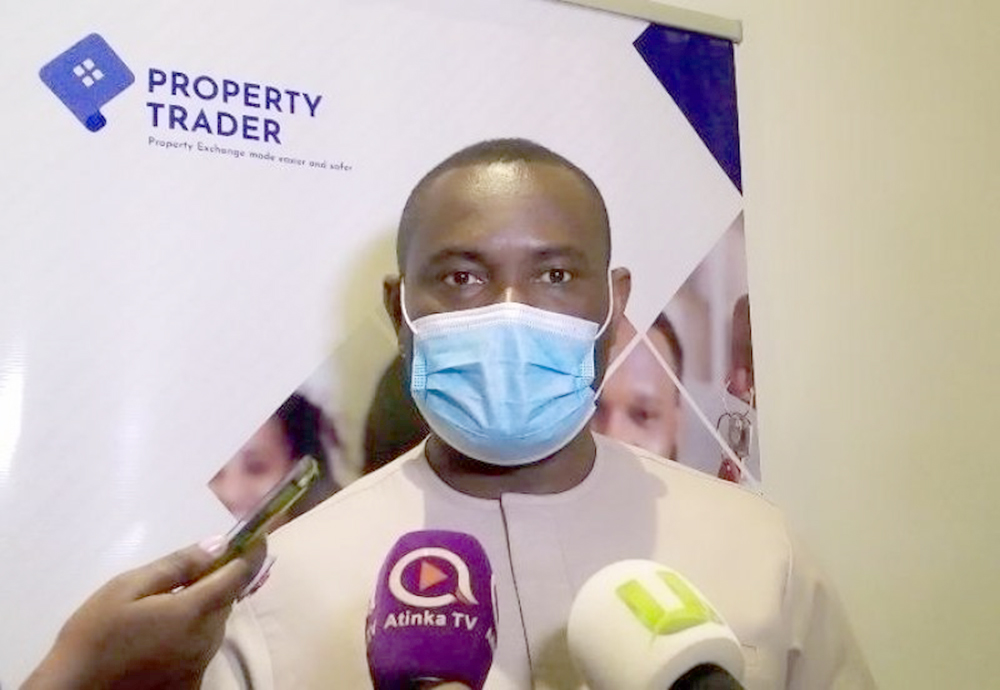 A Deputy Minister of Finance, Dr John Kumah, has expressed the resolve of the government to upscale the country’s cyber security efforts to help create an enabling cyber space for businesses to thrive.

As a result, the minister said the government would continue to partner with relevant stakeholders to ensure that businesses were protected, especially digitally.

Speaking at the launch of a web and mobile app by Property Trader Limited in Accra, Dr Kumah said digitisation of the economy currently remains high on the government’s agenda.

“For every business that is created, opens an opportunity not only for employment but reduction in poverty, thereby, improving the standard of living of Ghanaians and economic growth.

“This is one more reason why the government will not stop at anything in its efforts to ensure an enabling environment for the private sector to thrive,” he said.

The App dubbed: “Property TraderGh Web and Mobile App,” is a new digital platform that offers users the opportunity to buy and sell, swap, and exchange as well as rent and lease properties in Ghana and beyond in a safe, secured, and convenient manner.

The deputy minister said the introduction of electronic services such as the digitisation of the postal services, passport services, birth registration as well as the biometric National Identity Card showed the government's commitment to digitise every sector of the economy.

He noted that the property trading sector was bedeviled with numerous challenges including fraudulent middlemen defrauding unsuspecting home seekers, which required urgent measures to protect both buyers as well as sellers.

He, therefore, commended Property Trade Limited for developing such a platform, which would bring sanity into the space.

He added that the launching of the app would boost the government’s efforts at ensuring the development of an enabling environment to support the digitisation of not only the government’s business but the entire economy.

The Chief Executive Officer (CEO) of Property Trader Limited, Dr Richard Amponsah, said the outbreak of the coronavirus (COVID-19) pandemic had demonstrated how increasingly dependent the world had become on technology.

He said the web and mobile app had, therefore, been established to give credence to the government’s digitisation efforts and contribute to job creation.

He indicated that the platform would generate direct and indirect jobs including the creation of employment for professionals such as business developers, investment officers, valuers, administrators, and rent agents.

Research from the International Telecommunication Union (ITU) and UNESCO in the 2019 report launched by the Broadband Commission for Sustainable Development Goals indicates that “more than 50 per cent of the world’s population is now online.

It added that by 2022, another 1.2 billion new users were likely to be added.

Commending the government for the progress made in its digitisation efforts, Dr Amponsah urged the government to support business associations such as the Ghana National Chamber of Commerce and Industry (GNCCI), as well as small and medium enterprises (SMEs) to digitalise their operations to facilitate job creation.

He assured users of the platform of their safety and added that appropriate security measures had been put in place to detect any fraudulent activity on the platform.

The Pro-Vice Chancellor of the University of Ghana (UG), Professor Nana Aba Appiah Amfo, urged the government to fast-track the development of a robust framework to support the digitisation of the economy to bring benefits to all.