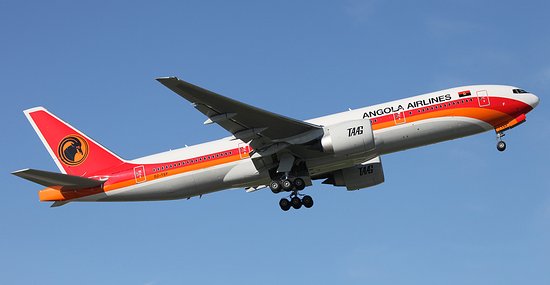 Angola’s flag carrier and state-owned airline, TAAG Angola Airlines, is ready to fly a new regional route to Ghana from November 30 this year.

This is in line with the airline’s expansion master plan.

A release issued by the airline in Accra today said; “The Luanda-Accra-Luanda connection will have three weekly frequencies, with flights leaving Accra on Tuesday, Thursday, and Sunday.

It will be operated by a Boeing 737-700NG aircraft with 120 passengers as total capacity, 12 in business class and 108 in economy class.”

It said this new route suits the corporate segment needs, allowing TAAG to offer a key connection between Ghana and Southern Africa, Europe, and Brazil, via Angola.

The Chief Executive Officer of TAAG Angola Airlines, Eduardo Fairen, in the release said “We will continue our growth path by adding new routes, increasing frequencies in existing destinations, and upgrading the fleet.

At the same time, we are fostering our enablers to have more and more passengers choosing TAAG as their airline of choice for domestic and international travels.”

The release said TAAG Angola Airlines promises to be a game changer in the Ghanaian aviation industry by virtue of its exciting packages uniquely designed with the customer in mind.

TAAG Angola Airlines was founded in 1938 and it is based in Luanda, Angola ́s capital city.

For more than 80 years TAAG has connected Angolans with its key domestic and international markets. TAAG is the leading airline in the country, recognised worldwide for its strong high yield market, having grown its current network to 14 domestic and 12 international destinations.

Its fleet allows, in addition to passenger transport, air cargo services which have become essential for Angola ́s growth and development. TAAG is a company that prides itself on a strong track record of service and performance excellence.