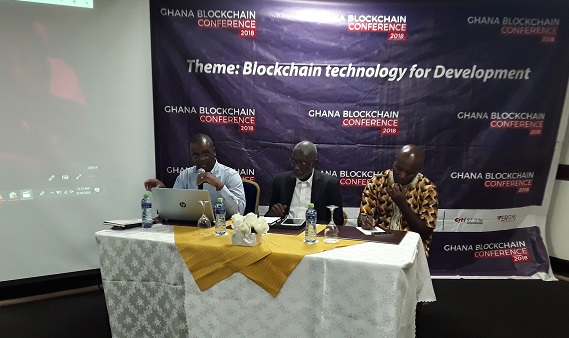 Kobina Hughes, a lawyer and blockchain enthusiast has appealed to the government to set up an advisory committee that will make recommendations about using blockchain technology to boost development

to him, when employed effectively blockchain could be used to improve government's revenue collection efforts and promote accountability and transparency in governmental operations.

Speaking on Tuesday at the 2nd Ghana Blockchain Editor's Forum organised to herald the Blockchain Conference slated for October 25, Mr Hughes said Mauritius was leading the way with regards to exploiting the technology after establishing a Centre of Excellence to explore new technologies such as blockchain.

He said: "All I think is that, this area is moving very quickly and that nobody can be on top of every aspect it's complicated and I think that having a panel or an advisory committee in a way that a country like Mauritius has set-up a cetre of excellence would be a good idea for Ghana.

"So that, government and the public sector and business can be advised without having to do all the research for themselves, it's just a shortcut where people do the research and whenever a proposal is being made it could be tested by the advisory committee".

He also projected that blockchain - a growing list of records, called blocks, which are linked using cryptography - could speed up and reduce the cost association with business transactions.

Another speaker at the event, Professor Nii Narku Quaynor said the government can be a driver for adopting blockchain technology because it is at the centre of the Ghanaian economy.

He said at the moment, the country may be left behind with regards to adopting blockchain technology if the government was determined to regulate it before adopting it.

According to Prof Quaynor, technology will always move ahead of policy development.

The Programs Chair of the Ghana Blockchain Conference, Madam Nancy Dotse said following the success of the maiden conference in November 2017 her outfit decided to use the second conference to engage the Blockchain community in a wide array of applications from Banking and Finance, ICT, documentation, medical care and academia.

"As a country, we need to position ourselves to benefit from this emerging trend. How can we do this? We need to build capacity, share information, and provide access for everyone," Madam Dotse explained.

Themed "Blockchain Technology for development", the October 25 conference will be preceded by a two-day Blockchain Training Workshop with resource persons from global as well as the local community.