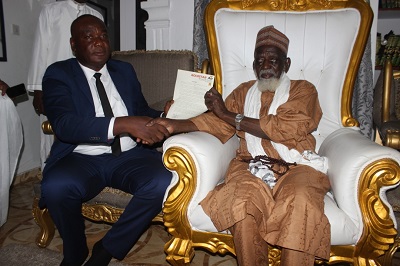 Goldstar Air, a wholly-owned Ghanaian company has honoured the National Chief Imam, Sheikh Osmanu Nuhu Sharabutu for the contributions he has made towards enhancing religious tolerance and societal harmony in Ghana.

Presenting the citation to the Chief Imam during a ceremony on Wednesday (December 25, 2019) in Accra, the Executive Chairman and CEO of Goldstar Air, Mr Eric Bannerman announced that the company will additionally name one of its aircraft after the Chief Imam.

"We are here today to honour the Chief Imam and to tell him that we will name one of our aircraft after him as well as bring to his notice how we will collaborate and work efficiently and effectively with the Zongo communities in the country," Mr Bannerman said.

He said as part of efforts to bring development to Zongo communities across the country his outfit would be collaborating with the Office of the National Chief Imam on several projects.

The citation described the Chief Imam as an embodiment of peace and commended him for his exemplary style of leadership and management skills. 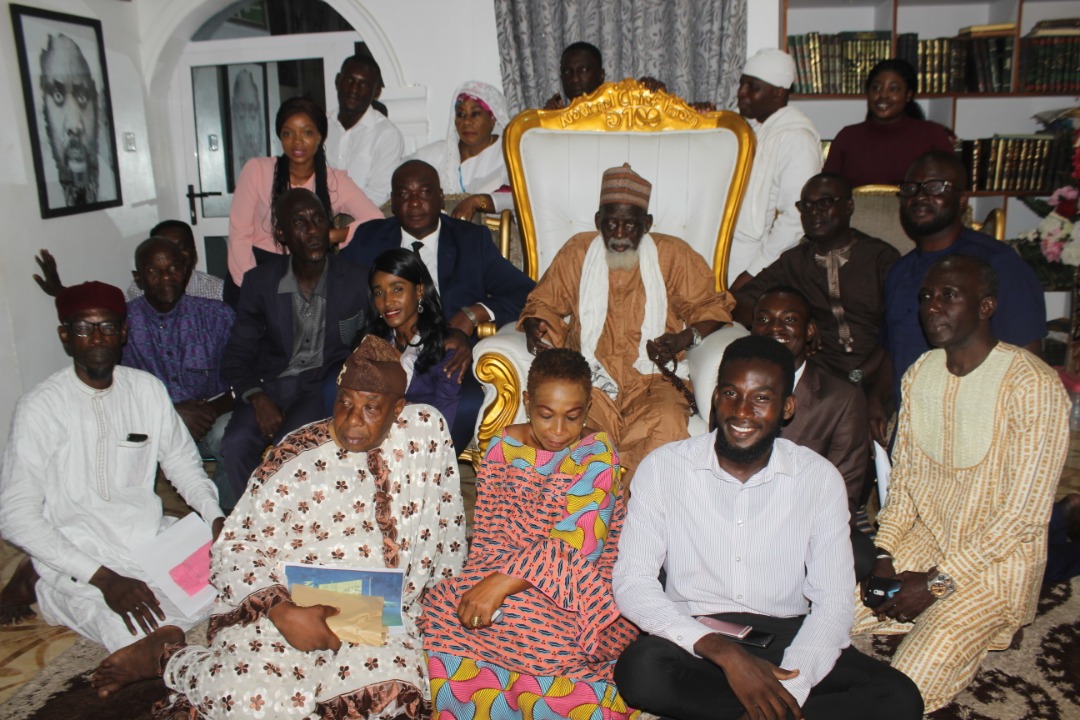 Mr Bannerman disclosed that his outfit was finalising plans of a project named Goldstar City in Tamale which will see the construction of a hangar for repairing and refurbishing aircraft.

He stressed that the facility when fully operational will open up business opportunities and also position the Northern Region of Ghana to the world.

"Goldstar Air will build a hangar in Tamale for repairs and refurbishing of aircraft and adopt the Tamale airport also as our hub. The airline is coming up with Goldstar City project which will be sited in Tamale and it includes accommodation, training school for our engineers, pilots, cabin crew and other staff of the airline," Mr Bannerman explained.

"Alhaji Dr Nuhu Sharabutu, I am pleased to announce that Goldstar Air is also projecting to have a fleet of more than one hundred (modern aircraft to a network of more than ninety key business and leisure destinations across Europe, the Middle East, Africa, Asia Pacific, Caribbean and North America.

"I am glad to say, Goldstar Air will have seventy per cent of local content of Ghanaian food, music, movies, and announcements in Ghanaian languages with a language from the North featuring prominently and as well export trained labour through agency on-call, charter and aircraft leasing".

Receiving the citation, the Chief Imam expressed gratitude and prayed for God's protection and blessings for the CEO and his staff.

He also prayed for peace and national cohesion among all faiths and religious groups across the world.