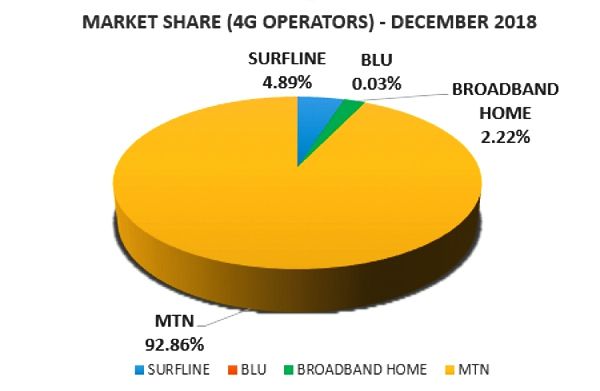 As part of its network expansion plan, Scancom Plc, (MTN Ghana) has confirmed the acquisition of what it described as “the individually identifiable and selected assets of Goldkey Limited including its spectrum in 2600 MHz band”.

Goldkey acquired the 2600 MHz band licence from the National Communications Authority (NCA) some years back but for some unexplained reasons, the company has not been able to use it.

The Corporate Services Executive of MTN, Mr Sam Koranteng, who confirmed this to the GRAPHIC BUSINESS on March 21, said: “We did not buy shares in the company.”

He did not elaborate further on the matter which some analysts have described as a positive move by MTN to dominate the market by ensuring continuous investment in its network.

About the cost of the 4G+ to MTN Ghana the Corporate Services Executive said: “Unlike the 4G licence which was acquired through a competitive bidding and led by the National Communications Authority, the 4G spectrum was a private agreement between us and a private company and we are not minded to disclose the amount.

4G+ and the customer

Asked about whether the introduction of the 4G+ will bring additional cost to the consumers on its network, he said: “4G+ is a great new experience for mobile subscribers. Customers will pay the same rate for data bundles on 4G+ and continue to enjoy the 50 per cent bonus on all data bundle purchases.

For instance, Mr Koranteng said a daily bundle of 25MB was “GH₵ 0.50, midnight bundle of 2GB is 1 GH₵. We also have the lifestyle bundles and the Kokrokoo bundle.”

Asked about whether the company has its 4G network across the country, he replied in the positive saying: “We have 4G coverage all over Ghana and in regional capitals and districts.

Mr Koranteng said: “The spectrum we acquired from Goldkey has been further enhanced to produce the 4G+ technology.

We have plans for further extension to enhance customer experience.”

Mr Koranteng said plans for full national coverage are ongoing, adding that: “As we usually do, we will share details of our full rollout plan for 2019 in due course.”