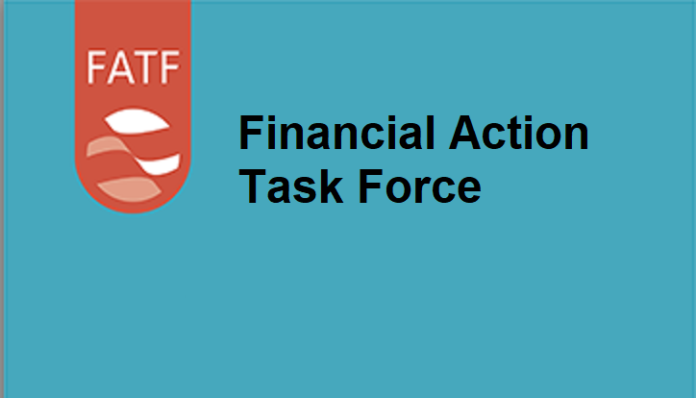 Unfortunately, there are still many countries who do not appreciate the austerity of the issues relating to money laundering, terrorist financing and more recently the proliferation of weapons of mass destruction, as well as the severity of their potential consequences.

An analytical study of countries I did a couple of years ago churned out findings that pointed to the fact that most countries, especially those in sub-Saharan Africa, when it came to Anti-Money Laundering (AML) Policy, put in minimum efforts just enough to keep them off the AML blacklist.

This has resulted in Ghana being listed on two different money laundering blacklists; the first in 2012 by the Financial Action Task Force (FATF) and the second in 2019 by the European Union (EU).

Why blacklist?
The Financial Action Task Force (FATF) blacklist (sometimes referred to as the OECD blacklist) is a list of countries that the intra-governmental organisation considers non-cooperative in the global effort to combat money laundering and the financing of terrorism.

Blacklisting is not just a punitive measure meted out by FATF. By issuing the list, the international task force expects that listed countries will, with a sense of urgency, improve their regulatory frameworks by establishing standards and norms which will strengthen their AML/CFT regimes. The list below shows the criteria which is used by FATF (2007) to declare a country as a non-cooperative country or territory:
A.    Loopholes in financial regulations

B.    Obstacles raised by other regulatory requirements

The EU criteria for blacklisting, though not so different from the one used by FATF, also includes penalising countries that have strategic deficiencies in their AML/CFT Frameworks in the following areas:

A.    Criminalisation of money laundering and terrorist financing

B.    Customer due diligence and record keeping requirements

D.    The availability and exchange of information on beneficial ownership of legal persons and legal arrangements

E.    The powers and procedures of competent authorities

F.    Their practice in international cooperation

G.     The existence of dissuasive, proportionate and effective sanctions.

According to FATF, one of the main reasons for which a country is blacklisted is if that country fails to freeze the funds or other assets of designated persons and entities found culpable of money laundering and terrorist financing (ML/TF) quickly and effectively.

Issues of freezing of funds of launderers are very important to both the FATF and the EU in the fight against money laundering and terrorist financing since they serve as a major deterrent to people.

Targeted Financial Sanctions are enshrined in recommendation 6 of the 40 FATF recommendations. In this short write-up, I will discuss a number of macroeconomic repercussions of the EU blacklisting and their resultant or ripple effects on the Ghanaian economy.

Effects of blacklist
First, this EU blacklisting has the potential to cause a decline in FDI inflows to Ghana. Evidence from a study conducted by Nugraha (2013) on five emerging economies in Asia (Indonesia, Malaysia, Singapore, Thailand and Philippines) suggests that uncertainty due to lack of political will to enforce AML laws in one country could serve as a major deterrent for both local and foreign investors.

These findings were similar to a previous study by Jain (2001) who argued that countries that were perceived to be corrupt experienced adverse impacts on investment levels and entrepreneurial incentives.

Therefore, the efforts in building the regime of anti-corruption and anti-money laundering would lead to minimisation of the country’s risk in terms of investment.

These views were also supported by Habib and Zurawicki (2002), as well as Bartlett (2002). More so, Nugraha (2013) showed that the countries that strengthened their AML frameworks were able to increase their FDI inflows significantly during the period of the sudy (2000-2013).

A classic example of how an AML blacklisting can potentially lead to macroeconomic problems is the case of Guyana. In November 2011, Guyana was officially blacklisted by FATF as a high-risk jurisdiction for money laundering because of the country’s failure to crack down on money laundering and Parliament’s inability to pass legislations strengthening AML/CFT laws.

This resulted in the country being blacklisted by the Caribbean Financial Action Task Force (CFATF). As a result of the backlisting, the country’s FDIs took a hit, which led to a contraction in their GDP growth rate.

This very important study was conducted by a research fellow in the University of Hyderabad in India and published in the popular journal, the Munich Personal RePEc Archive (MPRA).

First, the author gleaned from historical data that FDI in Guyana was on the rise prior to the country’s backlisting in 2011, after which FDI inflows began to decline in the periods after blacklisting.

The author then sought to investigate if this decline in FDI could lead to a resultant contraction in Guyana’s GDP. To investigate this, Rambarran (2015) used a regression analysis to find the correlation between FDI and GDP in Guyana from the year 2000 to 2013.

The results, as detailed in the graph below, confirm that indeed FDI and GDP levels are positively correlated. Meaning that lower FDI inflows as a result of the AML blacklisting caused contractions in Guyana’s GDP over the period of the study.

Impacts on grants
One of the potential consequences of Ghana’s blacklisting is its impact on grants and donations received by Ghana. In the 2020 budget, the minister of Finance iterated that total grants for the period 2019 accounted for 0.3 per cent of GDP (Ministry of Finance, 2019).

These grants are mostly received from other countries and international organisations such as the World Bank, IMF and United Nations.

A report by the Centre For Global Development (CGD) published in 2015, details how the World Bank cut off funding to some NGOs in Somalia as a result of terrorist financing activities in that region (Levi & CGD Working Group, 2015).

Therefore, the blacklisting of Ghana by the EU could put Ghana in a similar state where international organisations would be forced to cut supply of funds to Ghana in the form of donations in order to induce executive will towards implementation of anti-money laundering policies.

Though the repercussions highlighted earlier represent the direst among the consequences of Ghana’s blacklisting, I cannot conclude this piece without highlighting the potential impact on the banking sector.

In a subsequent write-up, I will put together a more detailed impact of this blacklisting on the Ghanaian banking sector.

However, I must assert that the sector will also be immensely impacted if the events surrounding Guyana’s case is anything to go by.

I, therefore, predict nothing otherwise but a replay of how the blacklisting by FATF in 2012 caused many foreign banks to cease doing business with Ghanaian banks (see Ghana News Agency, 2012; CDG Group Report, 2015).

It is very common knowledge that most foreign banks like to protect the sanctity of their operations, hence become opposed to conducting business with banks from blacklisted countries.

This will have resultant effects on not only banks but businesses that rely on local banks as guarantors or liaisons in their international business transactions.

Other consequences suffered by Guyana as a result of further actions imposed by FATF resulted in increased costs and delays in processing international financial and trade transactions.

It is important to note that these findings were based on data and not on mere individual sentiments, therefore they provide an insight into Ghana’s situation and what could be plausible should we trivialise this EU blacklisting and allow it to linger on longer than it should.

In October 2012, FATF issued a statement announcing Ghana’s removal from its blacklist just about eight months after we were blacklisted.

One of the key reasons they cited for the de-listing was the fact that Ghana was successful in enacting legislations to criminalise money laundering and terrorist financing.

Their statement read, “Pursuant to Ghana’s progress in largely addressing its action plan agreed upon with the FATF, Ghana is now identified in the FATF’s separate but related public document, “Improving Global AML/CFT Compliance: Ongoing Process.”

In conclusion, the EU’s blacklisting of Ghana is very unfortunate and potentially catastrophic given its timing. Evidence from extant literature details some of the disadvantages of AML blacklistings. More so, the story of Guyana in the aftermath of the country’s blacklisting must lay a sense of urgency on Ghana.

Therefore, if not well managed, its consequences on the Ghanaian economy will not only be damaging but far-reaching.

However, there is still enough hope to turn this adverse situation around and rescue the country from the dire repercussions of this blacklisting.

We as a nation have a strong aversion towards ill-reputation, which propelled us in the past to turn such situations around for good. If we could do it in the past, we can do it in now!

The writer is a Financial Crimes Expert
PhD Candidate, UGBS.
This email address is being protected from spambots. You need JavaScript enabled to view it.