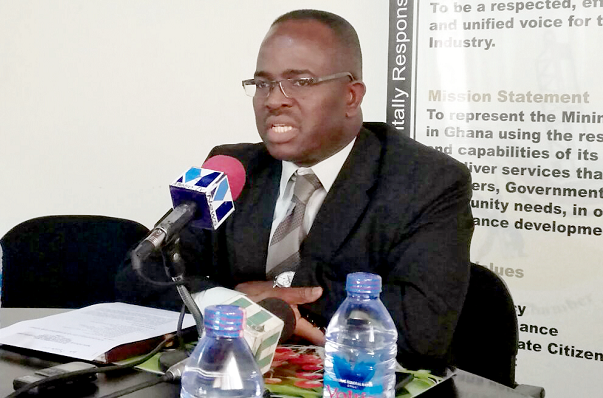 Mining companies have denied making windfall profit from the high gold prices to warrant paying a special levy to help plug the revenue gap and revive the economy.

Making a case on their behalf, the Ghana Chamber of Mines said beyond the rise in the cost of production of the companies, the fiscal regime already catered for windfall profits by making it possible for the state to exact more revenue from businesses that made higher profits.

Consequently, the chamber said, it was unfair for the Trades Union Congress (TUC) to call for a special levy on mining firms to shore up revenue generation and support the economic revitalisation process.

It said the current fiscal regime governing the operation of the mining companies also made such a proposal counter-productive, unrealistic and unsustainable to the sector's prospects.

While companies in other sectors of the economy pay 25 per cent of their profit as corporate tax, mining firms pay 35 per cent in corporate tax. Also, three of the big mines in the country currently have stability agreements that virtually bar the government from altering their fiscal regimes.

The Chief Executive Officer of the chamber, Mr Sulemana Koney, was reacting to a TUC proposal that the 2022 Budget introduces a temporary levy on mining companies to serve as a special contribution to plug the spending gap.

Mr Koney told the Daily Graphic last Monday that he was convinced that the Ministry of Finance and the government in general would dismiss such a proposal, given the reality facing mining companies and the sector.

He cited the disparity in corporate taxes between mining companies and firms in other sectors of the economy, the unsustainable nature of a windfall tax and the need for reinvestment by mines as some of the factors that did not support the union's proposal.

"The fact that gold price has gone up does not mean that the mines will make high profit. Have you considered their cost of operations?" he asked.

"Honestly, I am surprised that TUC will make such a recommendation without due recourse to the reality," he said.
Gold prices rose by more than 25 per cent last year and have largely been strong this year, albeit weaker when compared to the 2020 run.

In a 15-page document submitted to the Ministry of Finance ahead of the presentation of the 2022 Budget Statement next month, the TUC said the persistent revenue shortfall faced by the government demanded that a thorough review of the country’s mining sector be conducted.

It said the situation had become pressing, as evidence showed that the country was earning less in revenue from the sector.

“Mining is an important economic activity that ought to contribute more to government revenue. In 2018, Ghana produced five million ounces of gold, representing 2.5 per cent of global output. The gross export revenue was about $5.7 billion.

“Out of this figure, the country earned only $475 million (GH¢1.9 billion) in taxes and royalties, representing eight per cent of export earnings. It is clear that Ghana can raise more revenue from the minerals sector,” the union said.

While calling for a new fiscal regime for the sector in the medium to long term to secure more benefits for the country, the union said mining must contribute more to the national recovery effort in the short term.

“The government should be able to engage the mining companies to explore ways they can make special contributions to finance the recovery. This can be in the form of a special levy for a period,” it added.

In response, the CEO of the Chamber of Mines, which advocates the mining firms and related service providers, said Ghana must aim at sustaining the business, instead of being interested in short-term gains.

“This is not a sustainable venture to engage in. The mines need to reinvest to sustain the business. If you levy them more, how do they reinvest? I am quite convinced that the government, in its own wisdom, will not listen to this,” Mr Koney said.

He called for a comprehensive policy to integrate mining into every facet of the economy, noting that the frequent tweaking in policies to deal with emergencies was counter-productive.

He wondered why the state was not involved in the actual mining business, given the perception that the business was profitable, but left it largely to the private sector.