Government maintains GH¢7,600 for cocoa in the face of free fall of producer price 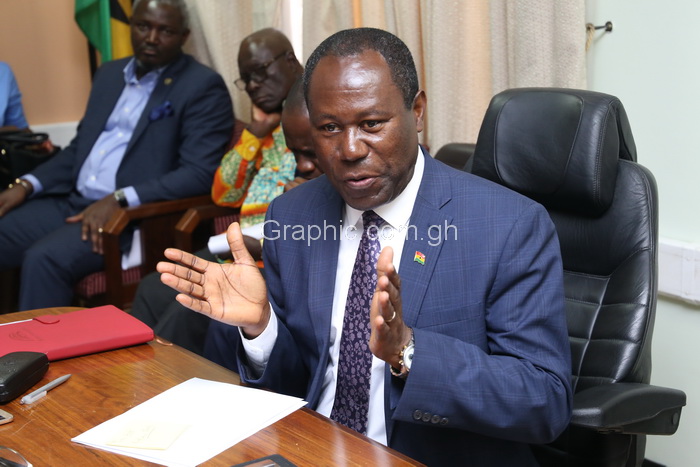 The decision by the government to maintain the producer price of cocoa, which is US$1,808 in the face of the free fall of the commodity in the international market no doubt, can be described as a bold step.

Currently the market price at the international market stands at US$1,800 per tonne from the previous US$3,000.

This is because apart from the fact that the international market price is a few dollars even lower than what is being given to our cocoa farmers, the government has to go borrowing in order to settle local farmers.

The decision by the government, not to align with some cocoa producing countries, could be seen as a ‘betrayal’ since those countries have reduced the producer price to reflect the developments on world market. Cote d’Ivoire, the largest producer of cocoa in the world, currently offers its cocoa farmers US$1,500, as compared to the US$1,808 given to their Ghanaian counterparts.

So, as it stands now, Ghanaian cocoa farmers are GH¢62.00 richer than their Ivorian counterparts per bag of 64 kilogramme gross weight. 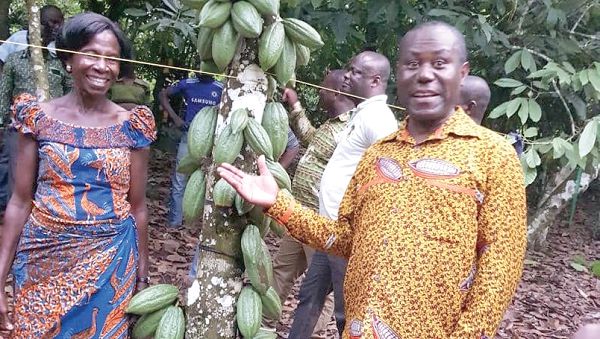 Mr Joseph Boahen Aidoo, the CEO of COCOBOD poses with a farmer in a farm at Bodi in the Western Region

While the government of Ghana has maintained the producer price of cocoa for the 2018/2019 cocoa season at GH¢7,600 per tonne, the Ivorian government is paying the equivalent of GH¢6,600 per tonne.

Indeed, the price Ivory Coast is paying its farmers now, an equivalent of GH¢6,600, is the real market price but the government of Ghana resisted the temptation and maintains it, even though the price has gone down. Consequently, Ghana is paying the highest producer price among cocoa producing countries in the world, thus, a kind of reassurance that government will not short-change cocoa farmers.

The truth, really, needs to be told that the dynamics differ between Ghana and the rest of the cocoa producing countries.

For instance, some cocoa producing countries such as Ecuador and Malaysia are moving from the cultivation of cocoa to other cash crops such as palm oil production.

Ghana, however, cannot allow its cocoa farmers to leave cocoa farming because the temptation to sell such farms to illegal gold miners popularly called galamsey operators is high. 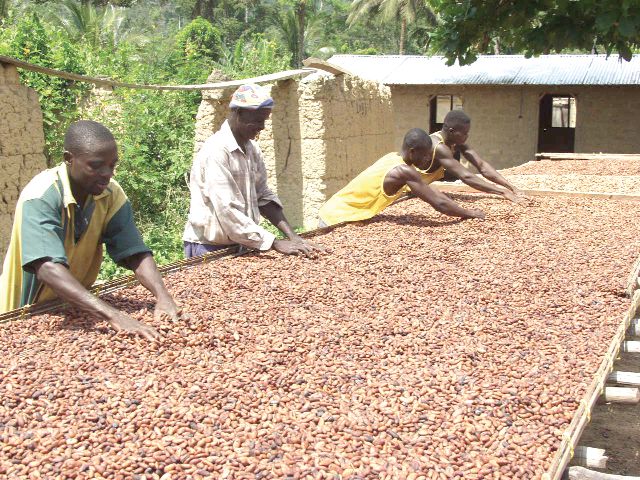 Some farmers drying their cocoa beans on farm

Secondly in Ghana, the cocoa sector has a high population of aged farmers and for the country to attract and retain the youth on the cocoa farms, reducing the producer price is not an option at all.

Ordinarily, cocoa farming is not an area that is appealing, especially to the youth, and ,therefore, it is going to be a big blow to the cocoa sector if the government should reduce the producer price because apart from the farmers giving out their farmlands for the illegal activities, the youth would not be attracted to venture into cocoa farming.

The Chief Executive of the Ghana Cocoa Board (COCOBOD), Mr Joseph Boahen Aidoo, earlier this year announced that the government would require about US$500 million to be able to pay the producer price of cocoa to the cocoa farmers in order to keep them in business.

The decision, according to him, was also to ensure that cocoa farmlands were not given out for galamsey.

Surely this is a matter of keeping faith with our farmers and to serve as big motivation to keep our farmers in business and also attract the youth into cocoa farming.

The loan to support the cocoa farmers, therefore, serves as a sort of a shade for the farmers to absorb all the international market shocks.

Mr Aidoo explained that to reduce the producer price of the product, particularly when the productivity of the Ghanaian farmers was as low as 450 kilos per hectare as compared to over 3,000 kilos per hectare elsewhere while there was also a vibrant land market in the country for galamsey, the temptations were high.

“Most of the cocoa farmers are despondent and have lost interest in the cocoa farming. So, we have a lot of these farmers giving out their lands for galamsey operators,” he said, adding that the market of the galamsey was very vibrant and ready.

He explained that the COCOBOD considered all those factors, which was why President Akufo-Addo, “took a decision that the producer price in Ghana ought not to be reduced”.

As Ghana once again celebrates her gallant farmers, the government says its commitment to the cocoa farmers is unwavering and, therefore, the maintenance of the cocoa producer price at GH¢7,600 “is also intended to show our appreciation to our hard working cocoa farmers because it is on the back of these cocoa farmers that the country has survived all these years.”