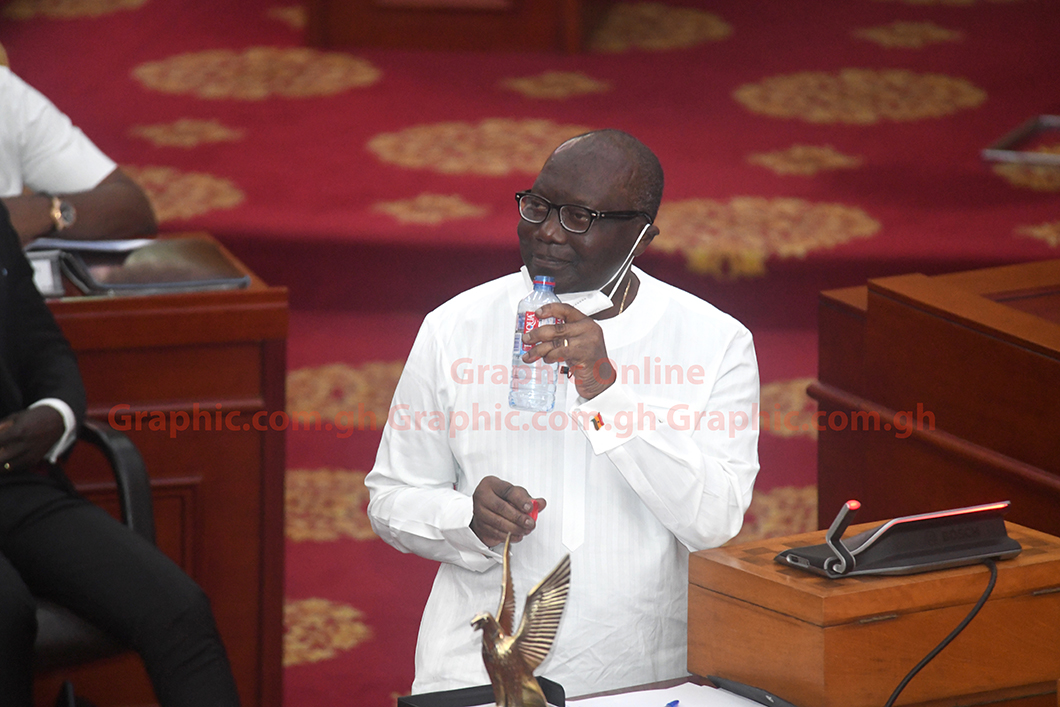 The Minister of Finance, Mr Ken Ofori-Atta, has called on Ghanaians to accept the tax measures in the 2022 budget as a rallying call to contribute their quota to nation-building.

He said while Ghana's developmental needs were enormous, its resources were meagre, making it difficult for the government to provide adequate and sustainable development.

He mentioned entrepreneurship, job creation and the provision of critical infrastructure such as roads, hospitals, schools and utilities as some of the areas of development that had suffered due to the inadequacy of government financing.

The minister said at the PricewaterhouseCoopers (PwC) Budget Digest yesterday that the situation had been worsened by the limited number of people and institutions that were currently paying direct taxes to the state.

An initiative of the PwC, in partnership with the Graphic Business, the business and financial publication of the Graphic Communications Group Ltd, the event brought together government officials and private sector actors to dialogue on key policies in the budget.

It was aimed at shedding more light on the budget to aid public understanding and implementation.

The Senior Country Partner of PwC Ghana, Mr Vish Ashiagbor, opened the dialogue, after which a Tax Partner at the firm, Mr Abeiku Gyan Quansah, gave a presentation on tax measures, followed by a panel discussion.

In a keynote address, Mr Ofori-Atta, who is an investment banker, referred to statistics that indicated that Ghana had one of the lowest tax-to-gross domestic product (GDP) ratios in sub-Saharan Africa (SSA).

That, he said, was due to the small number of people and institutions that were paying taxes.

Mr Ofori-Atta said out of the 18.4 million taxpayers in the country, only 2.4 million — approximately eight per cent of the total — were registered as personal income taxpayers as of August this year.

“These statistics are a poor reflection on the country and highlight the need for change in the narrative. We cannot continue to depend on only 8.2 per cent of our citizens to carry the burden of more than 18 million people if we seek to transform our economy,” the Finance Minister said.

To help address the challenges, he said the government was determined to enhance domestic revenue mobilisation to help set the nation on a path to sustainable development.

That, Mr Ofori-Atta said, informed the decision to introduce the electronic transactions levy (E-Levy), the 15 per cent increment in charges and fees on public services and other tax measures in the 2022 budget.

He said part of the expected revenue would be channelled into supporting youth businesses, creating jobs for the youth and developing infrastructure to help propel economic growth.

“We cannot build better with a system where everyone takes and not many give back. That is why we need to reorient our structures and transition from the current model towards one where the state, instead, directs capital towards the most innovative parts of our economy,” Mr Ofori-Atta said.

The 2022 Budget aims to grow domestic revenue by 44 per cent to GH¢99.5 billion next year, of which the E-Levy is projected to rake in GH¢6.9 billion.

Commenting on the minister’s call for burden sharing, Mr Ashiagbor told the Daily Graphic after the event that the move was in the right direction, given the state of public finances.

He said while Ghana’s debt had peaked, revenue mobilisation had been weak, necessitating new strategies to address the challenge.

He said while no one would fault a push for burden sharing, the nature of tax policies to be used to actualise the drive must be equitable and capable of roping new entities and persons into the tax net.

While urging caution in increasing the tax burden of existing taxpayers, Mr Ashiagbor said the informal sector was one area that needed to be properly targeted in any effort to increase revenue mobilisation.