Cryptocurrency: Will it complement or disrupt MoMo payments? 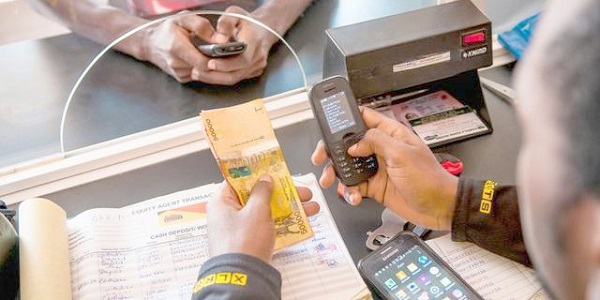 MoMo trends has been forecast to rise even higher Follow @Graphicgh

A STUDY by the Bank of Ghana back in 2017, which investigated the impact of mobile money on Ghana’s payment system, suggested that improvement in the mobile money sub-sector led to development of the payment ecosystem, deepening of financial inclusion and promotion of cash-lite economy.

The empirical study also showed that factors that promoted mobile money usage led to deepening of the financial system. In the furtherance of that, the study, therefore, emphasised the need for the Bank of Ghana to continue to deepen the payment system by leveraging on the widespread usage of mobile phones as alternative channels for access to finance to help support improvement in the monetary policy transmission mechanism.

Today, data on mobile money transactions has confirmed the acceptance of this new form of moving money for varied reasons, including purchases, savings and other transactions.

For instance, the value of Mobile Money (MOMO) transactions, according to data from the Bank of Ghana, showed that the value of such transactions hit GH¢87.7 billion in April this year. Much as there is some marginal decrease in the volumes and values, the rise is consistent with the predictions of this BoG study and other studies on the subject.

While this trend has been forecast to rise even higher as more and more people adapt to its use, there is a new development, cryptocurrency, with the advent of blockchain also gradually evolving to eat into that space.

Cryptocurrencies are in one’s digital wallet with an address. This is a series of numbers and letters attached to a personal wallet, which one needs to send and receive funds according to Webull.

According to Forbes Advisor, a cryptocurrency is a medium of exchange that is digital, encrypted and decentralised. For instance, unlike the U.S. Dollar or the Euro, there is no central authority that manages and maintains the value of a cryptocurrency. Instead, these tasks are broadly distributed among a cryptocurrency’s users via the internet.

One can use crypto to buy regular goods and services, although most people invest in cryptocurrencies as they would in other assets such as stocks or precious metals. While cryptocurrency is a novel and exciting asset class, purchasing it can be risky as one must take on a fair amount of research to fully understand how each system works.

Webull says as with any investment, crypto comes with risk. This means that one should be fully aware of all possible risks before investing and prepared to lose anything one puts into cryptocurrency. Depending on the coins in which one chooses to invest, different risk factors may apply. These include scams, volatility, transactions among many others.

The debate rages on as to whether central banks must accept the existence of this new payment mode (cryptocurrency) to regulate it and ensure the security of investors and those who use it.

The chief executive of Kenya’s biggest lender by market value said last week in a trending story that cryptocurrency could supplement mobile money in Africa if regulators could be convinced of its benefits.

Many central banks on the continent have warned against trading cryptocurrency, while some have made it outright illegal. The Central African Republic is the only African nation to have adopted the digital assets and the South African Reserve Bank is formulating rules to protect investors.

“Africa will benefit substantially from leapfrogging on the fourth industrial technologies, and cryptocurrency is one of them,” the Equity Group Holdings Plc Chief Executive Officer, James Mwangi, said last Tuesday at the Bloomberg Invest: Focus on Africa Conference.

“Cryptocurrency can as well complement the mobile money wallet, but essentially, we need to talk to the regulators,” he added.

In Kenya, mobile money transactions which were only made possible through the willingness of the regulator to try out new technology had surpassed the use of hard currency, Mr Mwangi said.

In the same way, the use of new technology could help increase Africa’s competitiveness because the continent lacked legacy systems, he said.

“We are hoping that the use of technology, particularly data and artificial intelligence, will be a major basis of leapfrogging because we are not talking about existing manufacturing capacity; we are starting afresh,” he said.

The evolution of methods of payments started many centuries ago. Each time, people are thinking about how to make the process cheaper, faster, more convenient and safer.

In spite of its inherent risks, most of the payment methods came with challenges but eventually, the systems backing them were perfected, hence what we see today. MOMO in Ghana for instance has and continues to encounter problems as fraudsters are on a daily basis finding ways to outsmart unsuspecting users. However, the regulations around its use are giving some confidence to the people and gradually, the fraud around it is subsiding.

Cryptocurrency may look risky today but it could be the dominant mode of payment in the coming years.

The way forward is for the central bank to prepare for it and ensure that it is abreast of how it really works and draws policies that can keep the public protected.

From the literature around it, cryptocurrency is likely to complement MOMO as a payment system rather than disrupt it.

Against this background, rather than shut the door to it, central banks on the continent must open up to it.

- Cryptocurrency, sometimes called crypto-currency or crypto, is any form of currency that exists digitally or virtually and uses cryptography to secure transactions.

- Cryptocurrencies don't have a central issuing or regulating authority, instead using a decentralized system to record transactions and issue new units.