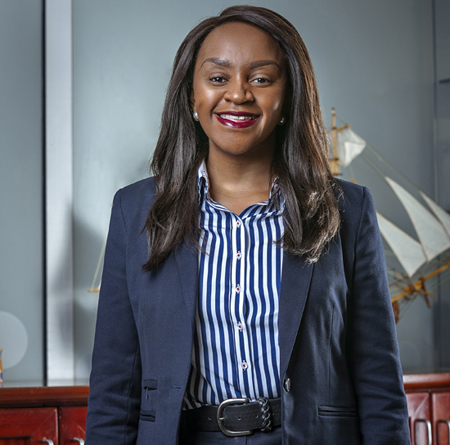 The Chief Executive Officer of the telecom operator, AirtelTigo, Mrs Mitwa Kaemba Ng’ambi will be leaving the organisation from Friday, September 13, 2019, for personal reasons, the company has announced.

Mr Murthy Changanti, Chief Operating Officer will act as CEO until the appointment of a new CEO.

The company has since thanked Mrs Ng’ambi for her leadership and wished her well for the future, a press release issued to bid Mrs Ng’ambi farewell said.

Mrs Mitwa Ng’ambi joined AirtelTigo over a year ago, and during her tenure, the company saw to the successful completion of the merger as well as the establishment of the new company’s vision and values.

She has been instrumental in stabilizing the business and positioning it well for further growth.

The release stated, "While she would be sorely missed, the board, management and staff, thanked her for the invaluable contribution she made and wished her every success for the future."

In a parting statement to staff, Mrs Mitwa said: “over the past one-year, I look back with so much pride and gratitude and I look ahead into the future of AirtelTigo with so much excitement.”

She thanked the staff for their achievements together and said “We defied the odds and brought the merger to a close in record time. We have re-launched our brand, come up with fantastic products and are seeing sustained business growth. This had nothing to do with me, and everything to do with you – I am just so super proud.”