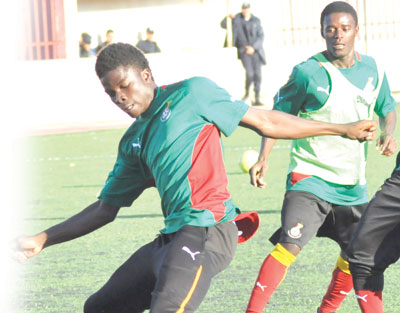 The US Sassuolo striker has opted for the number 20 shirt after Black Satellites coach Sellas Tetteh named his 21-man squad this week for the tournament.

And Sellas, who guided Ghana to win the World Cup in 2009 has five foreign-based players in the group, with plenty of locally-based internationals at his disposal.

Boakye Yiadom and Baba Abdul Rahman who were both involved with the senior team, the Black Stars for the 2014 FIFA World Cup qualifier against Lesotho, would join the squad later.

The duo of Frank Acheampong and Joseph Duncan have also earned some senior team experience.
Ghana will face France, USA and Spain in Group A at the finals which will be played from June 21-July 13 in seven Turkish cities.