I don’t regret my actions in football — Dr Nyaho-Tamakloe 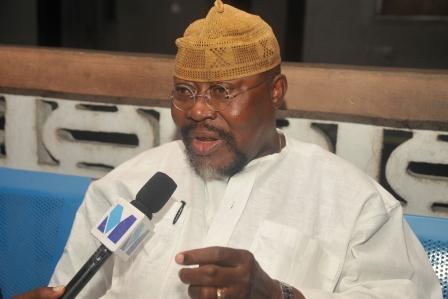 Dr Nyaho Nyaho-Tamakloe has a rich experience in football administration and over the years he has challed up some remarkable achievements with Accra Hearts of Oak and the Ghana Football Association as the chairman. The no-nonsense former administrator, diplomat and medical practitioner reveals how he managed to achieve those successes and his impression about the current football terrain.

The following are excerpts from the interview conducted by Maurice Quansah, Andy Quao and Peter Sarbah of Graphic Sports.

Graphic Sports (GS): Can you tell us how you entered football administration?

Dr Nyaho-Tamakloe (NT): Somewhere in 1996 I was invited by the leadership of Accra Hearts of Oak, comprising great leaders such as H.P. Nyemitei, Kwasi Asante-Sekyi, Dr Eugene Quainoo, Alhaji Tijani, Tommy Thompson — all of blessed memory — and George Adjei Osekere.

The club was then sinking as we were losing matches. Nobody understood why, so they asked me to restructure the club which I did. However, I cautioned them that I would like to find out what was the cause of the club’s non-performance.


Through that I realised the players had become complacent because most of them were playing for the Black Stars; the likes of Sampson Lamptey, Hesse Odamtten, Ofei Ansah and others.

These [players] were giants in Ghana football at the time and, of course, they played better football than what is being played now but were not loyal to the club and that some of them were even taking money for Hearts to lose matches.

So I took a decision to sack 22 of them, but before I sacked them I did my homework and was able to get very small boys in their place. I call them boys because Ablade Kumah was just about 14 years then. I got other boys like Shamo Quaye, Ezekiel Alamu, Ebenezer Dugbartey, Nanabanyin Crentsil and Joe Addo who later became the Black Stars captain [briefly].

By then Joe Addo was in secondary school at Tema so you can imagine; they were small boys. So we went to Tema and met his [Addo’s] parents and told them we wanted to adopt the boy and pay his school fees, which we did and his father was surprised.

GS: Was the dismissal of the 22 players part of the restructuring you proposed?

NT: Absolutely. It was because when I sacked them, one of the great Hearts players I had never met before called Ofei Dodoo — may he rest in peace — told me we could get boys who could quickly fit into the shoes of those players. Luckily, it went on very well and within a short time we were able to set up a new team and they did very well.

GS: Was there any internal resistance or disagreement with your restructuring plan?

NT: There was a lot that I went through, including going to the club’s training grounds with police protection: sometimes I armed myself.

GS: How were you able to assemble the players together to perform so well within such a short time?

NT: I worked with the assistance of my colleagues — I was then the youngest among the leadership because people like Lawrence Adjaidoo was a bank manager, the late Joe Lartey was a lawyer, and we had two ex-footballers among us, including Wolanyo Agra. I was the chairman and luckily we were able to pull through.

GS: What role did superstition play in the performance of the young players because Shamo Quaye, for instance, we were told, used a lot of juju?

NT: Shamo Quaye occasionally smeared clay or white powder on his face; he had an allergy so he used the clay to calm down his allergic reaction.

GS: Looking back at all that you did as chairman, would you say you were able to achieve what you set out to do?

NT: I did it all and even went beyond because my main objective was to remove these boys who had become complacent and thought the club could never do away with them, but I was able to do that and, secondly, the young boys who came in did very well and became known nationally.

GS: Let’s now talk about your brief but eventful tenure as chairman of the Ghana Football Association (GFA).

NT: In 2004 I was elected the GFA chairman and while in office I noticed that there were few things that had to be straightened. We had an executive arm called the Executive Council which was so notorious. It was like a supervisory body over the management board and did nothing but always took the credit for the successes, yet the FA chairman had no powers at all.

In those days the chairman was not elected democratically like is being done now, so I decided that there should be a competitive election for that position and that proposal didn’t go down well with the Executive Council. So they planned to impeach me and I took them to court and it was an interesting thing. I won the first case and they won the second round, and based on that I resigned.

But after my resignation I continued to play a role in football. For instance, I was the one who brought Coach Milovan Rajevac to this country and I chaired a committee that interviewed Ratomir Dujkovic. I got Dujkovic in and he qualified Ghana to the World Cup for the first time in our history.

GS: After all these achievements at the FA, is there anything you regret doing or not doing?

NT: I don’t regret anything I did there; rather I would have wished I cleaned the place thoroughly but that I couldn’t do before I left. Luckily for me a report that I wrote to FIFA [about the need for restructuring] was what led to the reforms at the FA and the reason why we now have competitive elections there. Now we have an effective executive president, but prior to that it was the Executive Council that controlled everything.

There was deep seated corruption in that place and my idea was to completely restructure the whole place, but the Executive Council in place then was a very powerful group and they virtually controlled the FA management board.

They [Executive Council] had their own chairman and it was not easy dislodging them, so when they realised I was challenging their authority they wanted to impeach me so I took them to court.

GS: You said there was deep seated corruption at the FA before you took over. How did the corruption manifest?

NT: That would be very difficult to say. There were lots of complaints. I remember when I first got there Ben Koufie, my predecessor, told me there were lots of rot at the FA through player transfers. Some of the coaches were also alleged to be extorting money from some of the players before fielding them, and all sorts of things were happening that if you were not in there you wouldn’t know.

But when Koufie spoke to me I was a bit surprised because he was my senior and I did not understand why he could not take them on then. But in life it’s not everybody who has the fortitude or wants to challenge an administration or a set-up. But I took them on and the result is what you see today even though it wasn’t easy.

GS: Would you say structures or systems you put in place have been able to deal with the problems?

NT: It has succeeded in instilling a certain level of discipline in the system because there were a lot of people hanging around during the period I was there and even before I came. But recently when I visited Kwesi Nyantakyi [GFA President] I didn’t find these people around.

Again, Nyantakyi is now an executive president and so he has more power unlike my time. That was what I wanted to change because during my time the Executive Council was always taking the credit but when there was a problem the management took the flack. So I think a lot has been achieved so far.

Also, it was during my time that I increased the Black Stars’ winning bonus by 100 per cent and also put them into four-star and five-star hotels both home and abroad. All these things were done with the support of President J.A. Kufuor because I discussed it with him and he approved it.

GS: There is a thorny issue about the management of the Black Stars regarding recent developments where players choose to retire and return to the team at will...

NT: My policy in sports, and for that matter football, is that no one person is indispensable because if you fall dead there should be another person to continue. I keep saying that in flying you have a Captain and a Co-pilot so in case something happens the other one can take over.

I have noticed that certain players don’t want to play for the Black Stars and even when they are selected, they often come out with excuses. One of such players is Michael Essien; as for Sulley Muntari it has to do with his conduct but he is committed to the national cause, no doubt about that.

I was happy when he was made the captain and he has since displayed a remarkable change, so he is a player we should hold on to. But I will not bother about Essien because he appears to me as somebody who nurses a lot of complex. As a doctor, that’s the way I see it; he feels more comfortable among Europeans and that is a sign of a complex so I will not go in for Essien at all.

With the Ayew brothers I think we have to look at them from a different angle. I think the coach should have been a bit careful in the sense that one of them was not at all selected for reasons not known to me, and the other one was late in reporting to camp and he was also chalked out, which I think the coach didn’t really handle the matter well.

GS: Do you think the phenomenon has to do with bad player management?

NT:The problem is that, unfortunately, our local coaches have no control over everything and that’s a fact. Now if you are a leader and really cannot lead properly you see these kind of things happening.

I think until we get an African coach with full control over the boys then we shall be seeing these sort of things all the time. With the present coach I don’t think he’s really got it; he hasn’t got that grip over the boys. For me, what we are doing now is just trial and error: if it works fine, if it doesn’t work that’s that. And it’s not a question of having a white coach all the time, but we need somebody who can really handle the boys and I don’t think the present coach has these qualities.

In Stephen Keshi, for instance, you see that he is in control but not in the case of Appiah.

GS: If you look around do you see any Ghanaian coach who possesses the qualities you are talking about?

NT: A coach in Ghana? I don’t see anybody.

GS: Not even Marcel  Desailly?

NT: When a chap is not tried you can’t say he would be able to do it. He [Desailly] was a leader as a player, but as a coach it is a different thing altogether.