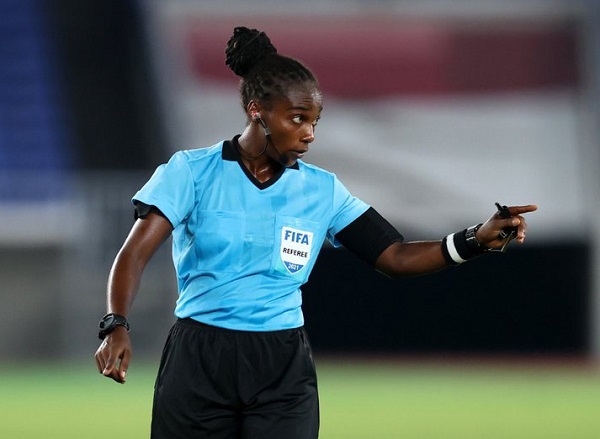 Rwanda’s Salima Mukansanga has become the first female referee to officiate at the Africa Cup of Nations (Afcon) tournament.

Mukansanga, 33 years and a FIFA badge holder, was part of the officiating team for the Group B game between Guinea and Malawi last Monday at Stade Kouekong.

She, made history as the first female referee to handle an AFCON game, named as the fourth official on the day – a first for a woman in the men’s game.

That match which ended 1-0 in favour of Guinea, had Ghana's Daniel Nii Laryea as the centre referee. 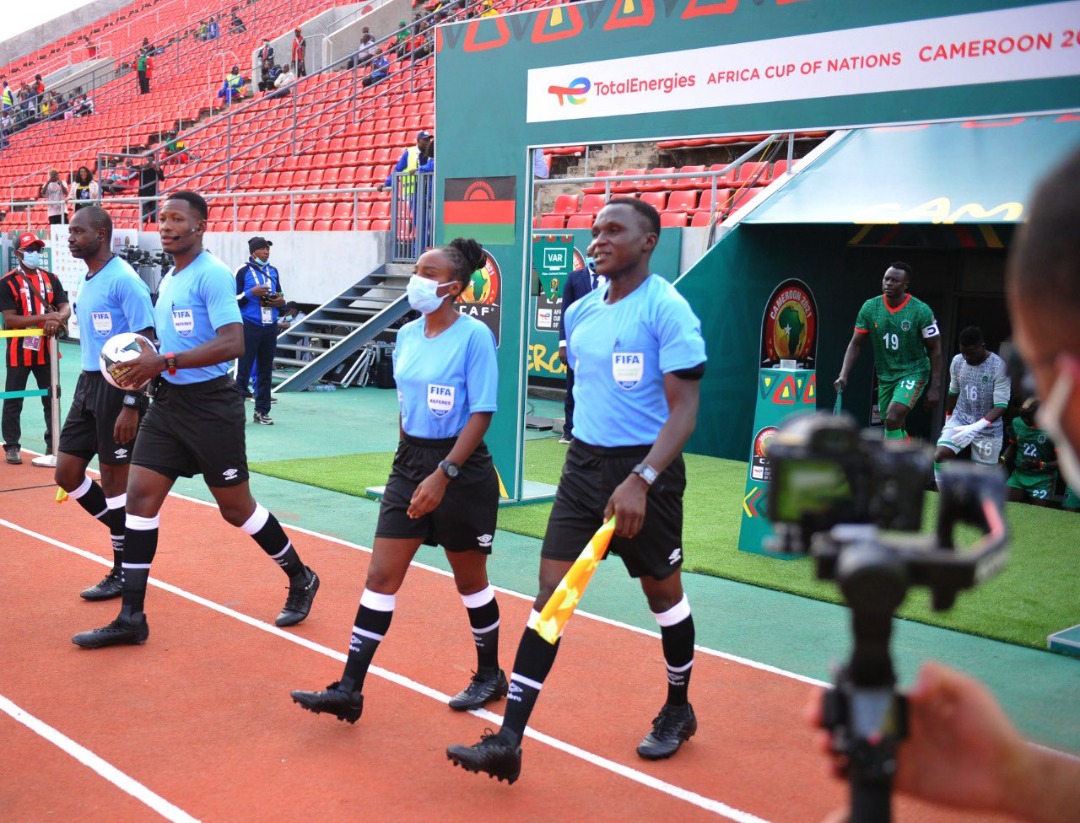 The Rwandan was one of four women named among the 26 referees named for the competition, but while she made it on the final list appointed and will thus be appointed for games, the others – Carine Atemzabong, Fatiha Jermoumi and Bouchra Karboubi – will not be officiating at the tournament.

Ghana's Laryea is the only Ghanaian on the list while no Ghanaian made it on the 33-man list for assistant referees.

Mukasanga, who has fast risen to be among the best referees on the continent, also officiated at the 2020 Olympics in Tokyo, as well as the 2019 Women's World Cup in France.

In 2018, she was among the referees selected for the Africa Women's Cup of Nations staged in Ghana.

Her recent assignment before the AFCON was the inaugural CAF Women's Champions League in Cairo.

At the Women Champions League, she handled the opening game between Nigeria's River Angels and Mamelodi Sundowns of South Africa. She was also in the centre when Ghana's Hasaacas Ladies beat AS FAR of Morocco in the semi-final game.

While it is common to see some females handle some men's games in their local competitions, it is rare to see them play a role in the men's game at the international level.

The rare feat was recorded on October 9, 2021, when a Ukrainian team of match officials handled England's World Cup qualifying clash away to Andorra.

The all-female team of officials had Ukranian FIFA referee Kateryna Monzul in the centre with compatriots Maryna Striletska and Svitlana Grushko as her assistants.

France's Stephanie Frappart was the video assistant referee for that game which ended 5-0 for the Three Lions.