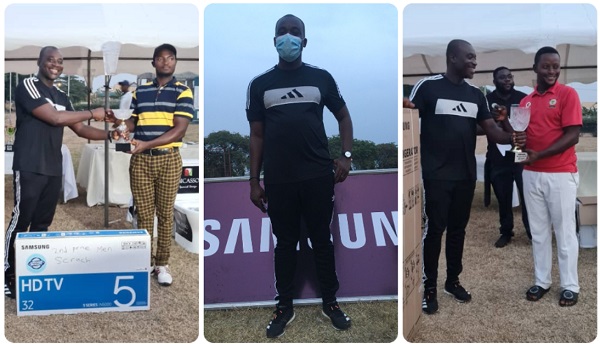 After sponsoring the Road to Damang 2022 Samsung PGA Captain's Prize Golf Tournament, the Head of Sales for Consumer Electronics at Samsung Ghana Limited, Mr Frank Otabil Atta-Owusu believes the partnership has added value to his outfit.

According to him, it is important for his outfit to associate themselves with the best sporting discipline in the country.

He was speaking at the closing ceremony of the Samsung PGA Captain's Prize Golf Tournament held at the Celebrity Golf Club.

"We find it important to associate ourselves with the best and this championship brings out the best golfers in the sports fraternity and for us as a brand that stands for the best and being number one in consumer electronics, this sponsorship brings to us value beyond imagination," Mr Otabil said.

When asked how far Samsung intends to carry on sponsoring the Professional Golfers Association (PGA) championships, he said: "Sports sponsorship is not new to Samsung we had a stint with Chelsea and in that period Samsung partner Chelsea they recorded one of their successful seasons in the Premier League.

"We looking forward to going a long haul with the PGA and as part of the road to Damang championship this year".

Samsung is the number one in consumer electronic products for homes and offers the best mobile phones device and screens.