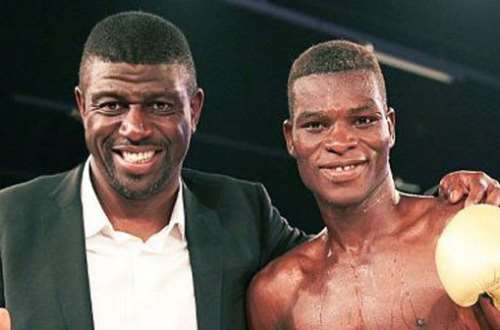 The GBA in a press release said Commey's indefinite suspension effective Monday, January 17, 2022, follows acts of disrespect and misconduct towards the GBA.

"In your case, you were seen in a viral video interview where you insulted and attacked the dignity of all GBA board members and maligned the activities of the Ghana Boxing Authority including the upcoming Ghana Professional Boxing League and maliciously attacked the integrity of GBA President without any provocations," the GBA said in a press release signed by its President, Abraham Kotei Neequaye.

"You said among other unprintable statements in the said interview that, you are not fighting under the flag of Ghana and for that matter you are not under the GBA as the mandatory Professional Boxing Authority in Ghana.

"The GBA deems your acts as serious misconduct and disrespect and therefore suspends you indefinitely and withdraw all required courtesies put on you as a Ghanaian professional boxer and a former world champion".

The GBA in a separate press release also announced the indefinite suspension of the license of Commey's manager and CEO of Streetwise Promotions, Mr Michael Amo-Bediako.

In Mr Amo-Bediako's case, the GBA said his suspension was over his failure to remit a percentage sum of their purse to the body in accordance with the GBA's Rules and Regulations.

"In your case, the GBA discussed two major issues with you. The first, has to do with the percentage purse to the GBA and the second was about the worrying phenomenon of sidelining of our local coaches when our boxers are due for world title championship in abroad." the release said.

"You were furious, adamant and disrespectful with all kinds of threats towards the GBA President and the Executive Board at the Authority's secretariat on these two issues which you refused to comply and walked out of the meeting unceremoniously.

"To rub salt to a wound, you were later on seen in a viral video interview with Richard Commey, where the boxer vilified and insulted our revered GBA board members, maligned the activities of Ghana Boxing Authority and maliciously attacked the GBA President without any provocation.

"The GBA deems your acts as serious misconduct and disrespect and therefore suspends you indefinitely and withdraw your license from all boxing activities in Ghana".