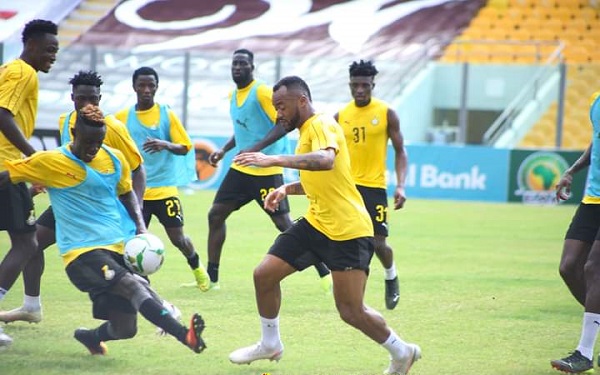 Ghana coach Milovan Rajevac has underscored the importance of his side's Africa Cup of Nations (AFCON) group clash with Comoros today and says his players are determined to finish on a winning note to book a place at the next round of the competition.

The Serbian coach has come under fire for his game management which saw Ghana start the AFCON campaign with a 0-1 loss to Morocco and then allowed Gabon to score a late equaliser to hold them to a 1-1 draw last Friday.

Rajevac knows his side find themselves in a difficult situation to qualify from Group C and cannot afford to drop their guard against Comoros in the crucial group clashat the Stade Roumdé Adjia in Garoua at 7pm tonight.

"It’s a very important game for us. We need to finish the group with a win and will do everything to guarantee this happening. Our team develops well but we need time and patience," said the Serbian yesterday.

Four-time African champions, Ghana need a convincing win against the Les Coelacantes to book a place in the knockout phase of the competition after managing just a point from their opening group games against Morocco and Gabon.

The team arrived in Garoua last Sunday to continue with their preparations for the Comoros match knowing that failure to win would send the team crashing out at the group stage.

Coach Rajevac’s side have struggled to score at the tournament, with skipper Andre Ayew’s goal against Gabon being the only finish for the Stars so far.

Reacting to Ghana’s poor showing at a pre-match press conference in Garoua yesterday, the Serbian trainer blamed it on the lack of preparation for the AFCON.

Coach Rajevac seized the opportunity to call on Ghanaians to avoid comparing the current squad to his 2010 team which finished as runners-up to Egypt in Angola and went on to surprise the world at the South Africa 2010 World Cup.

The Serbian argued that the current crop of players lacked the kind of leadersh ip Asamoah Gyan brought to the 2010 team in Angola.

“Communication is not a problem and they understand me very well. I just didn’t have enough time to prepare the team.

“We don’t have the same team like 2010 and not enough time for preparations. We don’t have a player like Asamoah Gyan,” the Serbian trainer stressed.

“I followed the team well. Sadly, we need to do something at short notice. I’m trying to implement these things and we’re on the right path.

“We lost the first game in the 2010 AFCON. We will definitely improve,” he assured.

Statistically, Ghana are yet to lose to Comoros, having won and drawn once in two meetings. However, both teams are meeting at theAFCON for the first time with different missions.

While Ghana need an emphatic win to go through to the next stage, Comoros will merely play for pride as they look to finish with at least a point after two defeats to Gabon and Morocco.

Coach Rajevac is expected to make changes to the team that played against Gabon in Yaoundé last Friday, with youngster Fatawu Issahaku and Joseph Paintsil likely to play vital roles tonight.

With the 40-year AFCON drought still on their mind, the Ghanaians have a long way to go towards equalling the final berths of 1992, 2010 and 2015 and winning the ultimate this time around.