Partey: I’m now getting use to the English league 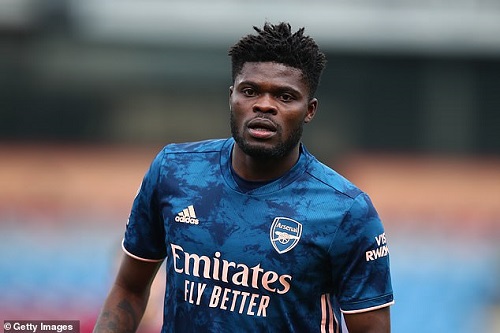 Arsenal midfielder, Thomas Partey, has admitted that he struggled during his initial stages at the club but was now getting used to the style of play.

The Ghanaian who made a £45m transfer from Atletico Madrid to Arsenal during the summer transfer window, believes the injuries he sustained during his early days with Arsenal was part of his adaptation process.

However, the 27-year-old believed he was getting used to his teammates and the English league and was looking forward to playing more games.

The Black Stars deputy skipper noted that he has come out of injury now and was feeling very well and was now putting in more effort to ensure the continue to stay fit.

'Yes, it was a difficult moment to get used to how the team play and I think the injuries are part of the adaptation and now I feel good,' Partey said ahead of Arsenal's Europa League last-16 first leg against Olympiacos.

'I think this is just the starting. I'm starting to get used to how my mates play and how the Premier League goes. With time everything will be good.'