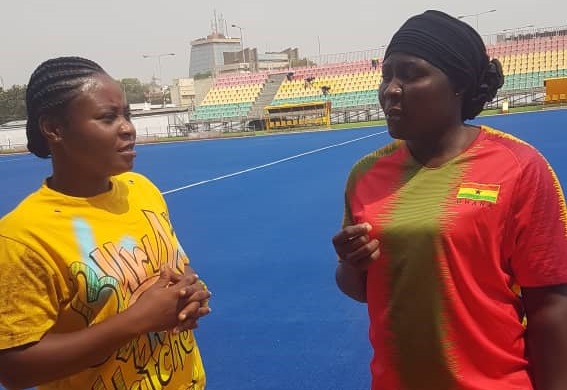 Hockey fans will be treated to top class competition as the continent's best teams converge on the Theodosia Okoh Hockey Stadium in Accra for the Hockey Africa Cup of nations, with Ghana's male and female national teams aiming to actualise their dreams of continental success.

In targeting the winners’ trophies in the female and male competitions, the Ghanaian teams will have their eyes also on the sole continental tickets to represent Africa in the World Hockey Cup slated for the Netherlands and India, respectively.

Having been in camp since last November, the female and male hockey teams are poised for honours during the week-long competition on a familiar field.

The female hockey team will first encounter Nigeria in a West African derby at exactly 1.00pm today before their male side clash with Uganda at 4pm.

Ahead of those encounters, the female teams of Namibia and Uganda will meet at 7am today, followed by another female encounter between Kenya and Zambia at 9 am. South Africa and Zimbabwe will also clash in a female encounter at 11.

In the male division, Egypt and Nigeria will lock horns moments after the Ghana versus Uganda match, before South Africa engage Namibia in a Southern Africa derby at 8pm.

At the same venue tomorrow, Zimbabwe will first engage Uganda in the female division at 7 am, followed by a clash between Nigeria and Zambia at 9am, before Ghana and Kenya engage each other in another female encounter.

For the male sides tomorrow, it is Nigeria who open the day with a fierce match with  Uganda at 1 pm, followed by an encounter between Namibia and Kenya at 5 pm before Ghana engage giants Egypt at 7 pm.

Prior to that, the female teams of Namibia and South Africa  will clash at 3 pm tomorrow.

Speaking to the Daily Graphic in an exclusive interview, the deputy coach of the national female hockey team, Hajia Ramatu Abass, said her team, made up of experience and talented young ladies, are motivated to win the tournament for them to represent Africa in the female division of  the World Cup tournament scheduled for The Netherlands late this year.

“South Africa are our main rivals so far as continental tournament is concerned, but we have plotted a strategy to outclass them to prove that Ghana has come of age so far as international tournaments are concerned,” she said.

For his part, the national male team coach, Ebenezer Frimpong, said his players were well composed to dismiss the Egyptian and South Africa threats to win the bragging rights to represent Africa in the World Cup tournament slated for India next year

“Our motivation is that we want to be part of the World Cup in India next year, and it is only by playing in the final of this tournament and winning the ultimate that we will have the right to participate in such a prestigious tournament,” she said.