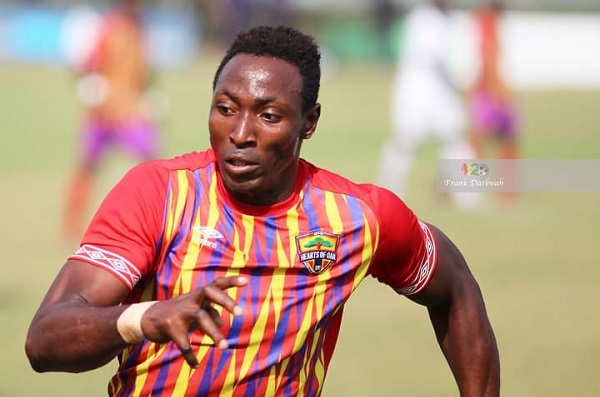 A brace by Hearts bulky striker, Kofi Kordzi, and a goal each by Salim Adams and Daniel Afriyie Barnieh, gave defending champions, Accra Hearts of Oak, an emphatic 4-1 victory over visiting Eleven Wonders at the Accra Sports Stadium yesterday

It was the biggest margin of victory by Hearts this season -- a big relief for head coach, Samuel Boadu, whose side lost 0-1 to Medeama last Wednesday -- and lifted the Phobians from the mid-zone to the fifth position on the league table with 20 points from 12 matches.

Hearts dominated play and pinned the visitors to their own half until Adams broke the deadlock in the 19th minute.

With a goal deficit, Wonders attempted to fight back but lacked innovation in attack to break down the Hearts defence as the first half ended 1-0.

In the 54th minute, Kordzi was on the score sheet again to give Hearts an unassailable 3-0 lead.

Forward Barnieh came close to scoring for Hearts but was fouled by his Eleven Wonders marker to earn the Phobians a penalty kick which Kordzi scored with ease for his sixth goal of the season.

Barnieh was not to be denied of a personal glory as he hit the back of the net in the 62nd minute to give Hearts a 4-0 lead and put the game almost beyond recovery for the visiting side.

Late into the game, Eleven Wonders scored through Tetteh Nortey whose 84th minute strike gave his side a consolation goal.