GFA educates clubs on COVID-19 protocols ahead of new season 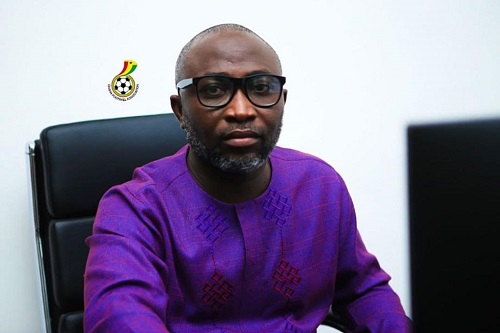 The Eighteen (18) Premier League clubs have also been briefed on upcoming training workshops and seminars in line with the programme for the new season.

Speaking at a virtual meeting with Chief Executive Officers and Club Administrators on Tuesday October 27, the General Secretary of the GFA, Prosper Harrison Addo, explained what Clubs are expected to do before, during and after matches in conformity with directives to ensure safety and security during this "Football Against COVID-19" season.

A copy of a comprehensive document on safety protocols was also sent to all Clubs to ensure strict adherence at all match venues.

To ensure strict adherence to the safety protocols, the GFA would train Club Safety and Security Officers on the measures to take before, during and after games on each Matchday.

Training sessions would also be organized for Referees, Match Commissioners, Medical Officers, Media Officers ahead of the commencement of the league on November 14.

The interactive meeting also discussed issues regarding Regulations, sponsorships, training for Club Media Officers (CMOs), forbidden matches, investment and improvement in refereeing, and the proper use of the Competition Management System (CMS) for the league.

Other topics discussed included education campaign for supporters, the number of and use of foreign players, Macron footballs, NASCO products and inner perimeter advertising boards.

The meeting was also informed about increment in the number of live matches, night matches and the full highlight show from StarTimes and improvement lined up for the season.

The GFA General Secretary also updated Clubs on measures taken by the Association which has ensured a successful closure to the cancelled 2019/20 season.

Premier league club CEOs and Administrators made a number of suggestions towards the improvement of the league.

The meeting was attended by ExCo Members, members of the Premier League Committee and staff of the Association.