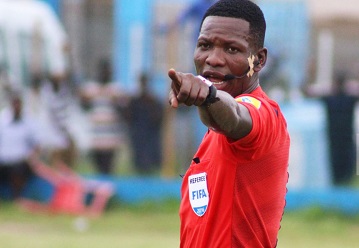 Ghana’s Daniel Nii Laryea would be at the centre of the Africa Cup of Nations qualifier between Cape Verde and Rwanda on November 11 at the Estádio Nacional de Cabo Verde Praia, Santiago.

The 33-year-old Ghanaian referee who was twice snubbed by the continental governing body for the tournament has finally been recognized.

In 2019, Laryea could not make the final cut to officiate at the 32nd continental competition which was hosted by Egypt.

He is expected to be assisted by other Ghanaians, Kwasi Acheampong Brobbey and Paul Kodjo Atimaka, with Adaari Abdul Latif being the fourth referee.

The Match Commissioner would be Mohamed Abdatt Bilal from Mauritania.