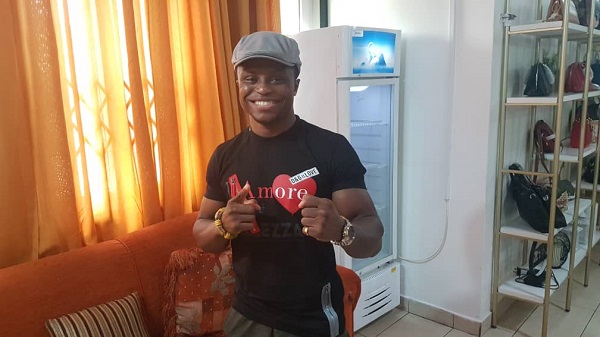 Former World Boxing Organisation (WBO) super bantamweight champion, Isaac ‘Royal Storm’ Dogboe, says he is poised to win a world title in the featherweight division this year to restore the smiles of Ghanaians.

Even before knowing his next opponent and date of the fight, Dogboe has started feverish preparation to keep him in shape.

He told the Daily Graphic in an exclusive interview yesterday that his promoters, Top Rank Promotions, and his trainers in the United States of America (USA) had been working behind the scenes to actualise the fight.

He promised to seize the opportunity with both hands to prove his worth as one of the best boxers Africa had ever produced.

“It has taken me three fights to return to the spotlight through the support of my partners, Top Rank Promoters, hence the need for me to be tactical and diplomatic. I am now well-grounded in the sport, so in spite of not knowing my opponent, I am ready.

“So anytime I am offered the opportunity, I will not disappoint my fans in Ghana and Africa,” Dogboe assured.

Dogboe, who is currently in Ghana for holidays, will return to his US base by the end of this month to intensify his preparation for his anticipated world title fight by the end of April.

“My last fight was against a top opponent - Christopher Diaz - in November 20 last year, so I am just focusing on the next level in 2022 to become a world champion.

“I need to climb up the ladder to become a world champion again. This is my focus now so Ghanaians should support me with their prayers,” Dogboe explained.

According to Dogboe, he had been ranked second in the WBO featherweight division and also ranked high in both the IBF and WBC. He was, therefore, certain of world title fights in the various sanctioning bodies this year.

He also hinted that the top-ranked boxer in the WBO featherweight division would be fighting the second-ranked boxer, and depending on the outcome of that fight, he (Dogboe) would be the next in line for a title shot by April.

“Now I believe that I am mature enough to win another world title after losing my title. It was by God’s grace that I won my first title, and since I lost it, God has continued to be instrumental in everything I am doing.

“It was unfortunate that I lost the title but it offered me much experience and lessons, “ he revealed.

“As of now, I need to be physically ready for the fight before the opponent is mentioned. This explains why I have already started preparing so that at any point in time that an opponent is named, I will be ready to demolish him to win another title for Ghana,” he stated.

“Now, my lifestyle revolves around winning another title, hence my preparation to be in shape so that I will be ready to execute the plan of bringing another title home,” he stressed.