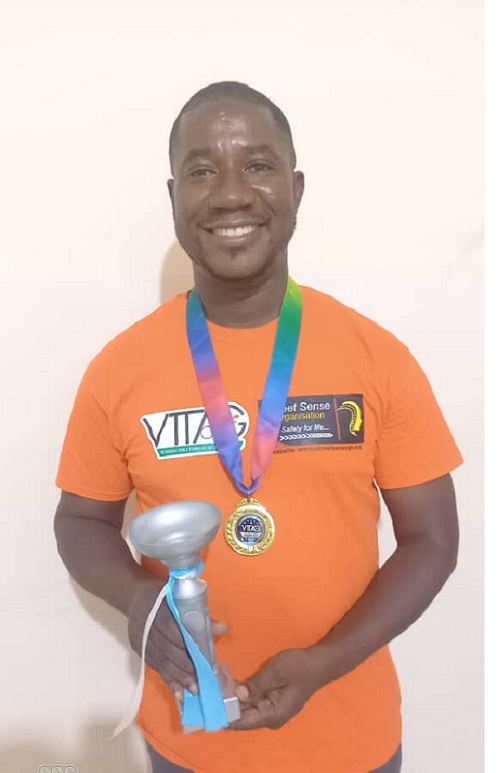 Current veterans national table tennis champion, Mr Justice Ninson, has appealed to corporate bodies to support the growth and development of the sport.

He said ping-pong was a great avenue that government could use to accrue much revenue by leveraging the youth to engage in national leagues and competitions.

“Table tennis is a healthy sport which exercises the whole body and is important to rope in a lot of people as possible, be it for pleasure or profession.

“It is for this reason the veterans are calling on all benevolent bodies to help the association to acquire playing centers where people can train and also test their skills against one another,” he explained.

Mr Ninson made the clarion call during an interview with the Daily Graphic as part of his campaign to help promote the game and put on display his trophy and medal.

“Table tennis, as they say, is chess on wheels and this is to say it involves the coordination and movement of every part of the body, making it an important endeavour for every family to engage in it,” he noted.

He further expressed appreciation to the sponsors, Street Sense Organisation and Seven Great Princes Academy, for being a pillar of support.
Mr Ninson entreated other sponsors to come on board to help the association in its efforts to develop the sport in every nook and cranny of the country.

He also revealed his willingness to represent Ghana in the upcoming international veterans' table tennis competition and win more laurels for the nation.