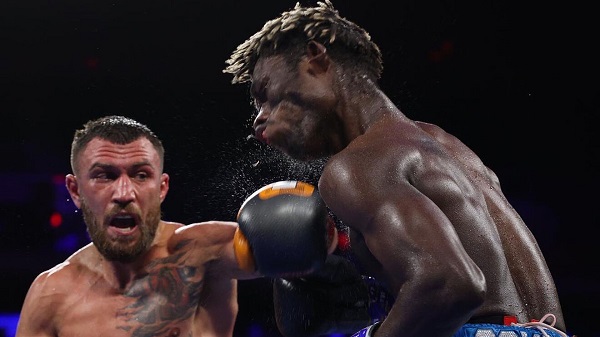 An executive member of the Ghana Boxing Authority (GBA), Alhaji Muritella Tofik, has urged former IBF lightweight champion, Richard Commey, to bid his time and engage in more fights before venturing into another world title fight.

He also entreated Commey to ascertain his weaknesses and remedy it before fighting any world class fighter.

“I wish to call on Richard Oblitey Commey to take his time and remedy some of his weaknesses before fighting again; he shouldn’t rush at all,”  Alhaji Tofik gave the advice during an interview with the Graphic Sports last Friday.

Alhaji Tofik, who is also a boxing trainer, promoter and manager, challenged Commey to change his training regimen and acquire the skill of self-defence.

“He must either move up weight or change his style of training, acquire more defensive training and learn the best of defensive boxing,” he noted.

Commey, 34, (30-4-0) was resoundingly defeated by Ukrainian Vasyl Lomachenko at the Madison Square Garden on December 11.

The one-sided bout, which saw the Ukrainian totally outclassing the Ghanaian, convinced many that Commey lacked the needed skills and defence as a world class fighter.

On Isaac Dogboe, Alhaji Tofiik noted that the time was ripe for the former super bantamweight world champion to go for the world title again.

“Dogboe has come of age and is a better fighter now. I believe he should fight for the world title and get his title back,” he stated.

After his two successive defeats to Mexican Emanuel Navarrete, the Ghanaian has won all three subsequent fights in the United States.