There is attempt to destabilise the country— Oppong Nkrumah 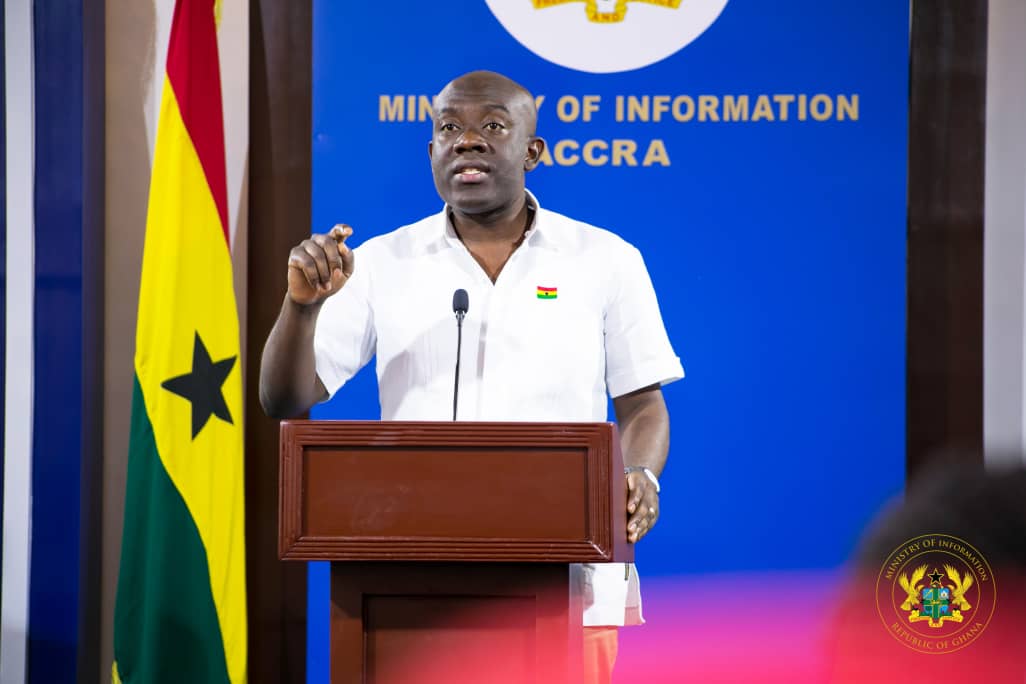 The violent attacks on the police by protesters of Arise Ghana on Tuesday, June 28, 2022, has confirmed an earlier security intelligence that there is an attempt to destabilise the country.

The Information Minister, Kojo Oppong Nkrumah, made the assertion in an interview on Accra-based television station, Metro TV, in reaction to the clash between the police and protestors at the Obra Spot, Kwame Nkrumah Circle.

"There is an obvious attempt to create instability in our country, and we don't need to mince words about it.

The Minister said those trajectory of actions should not be ignored by well-meaning Ghanaians in view of the recent terrorist attacks in neighbouring countries.

He, therefore, commended the police for their professionalism and good temperament in the face of provocation by the protestors.

The Minister asserted that the violent attacks on the police was pre-meditated because some protestors had brought car tyres, and petrol to the Obra Spot “with a clear intention” to cause trouble and should be condemned by all.

"My heart goes to the police men and women who sustained various degree of injuries. In fact, the Interior Minister and I visited them at the Police Hospital and I saw some police women, with the good intention to serve their nation, who were injured," Mr Oppong Nkrumah lamented.

Arise Ghana protesters had wanted to use a particular route for the demonstration but the Police secured a court order to resist that move.

The court order also prevented the protest from going into the night, which created a stand-off between the Police and the leadership of Arise Ghana.

The group wanted to use a route at the ring road to the Jubilee House, the seat of government, to present a petition to the Presidency on the economic hardship in the country.

A statement issued by Chief Superintendent Grace Ansah-Akrofi, Director of Public Affairs of the Ghana Police Service, in Accra, said 29 protesters had been arrested so far, and that the Police were reviewing a footage to make more arrests.

The protest resulted in injuries and damages to police vehicles and other property.