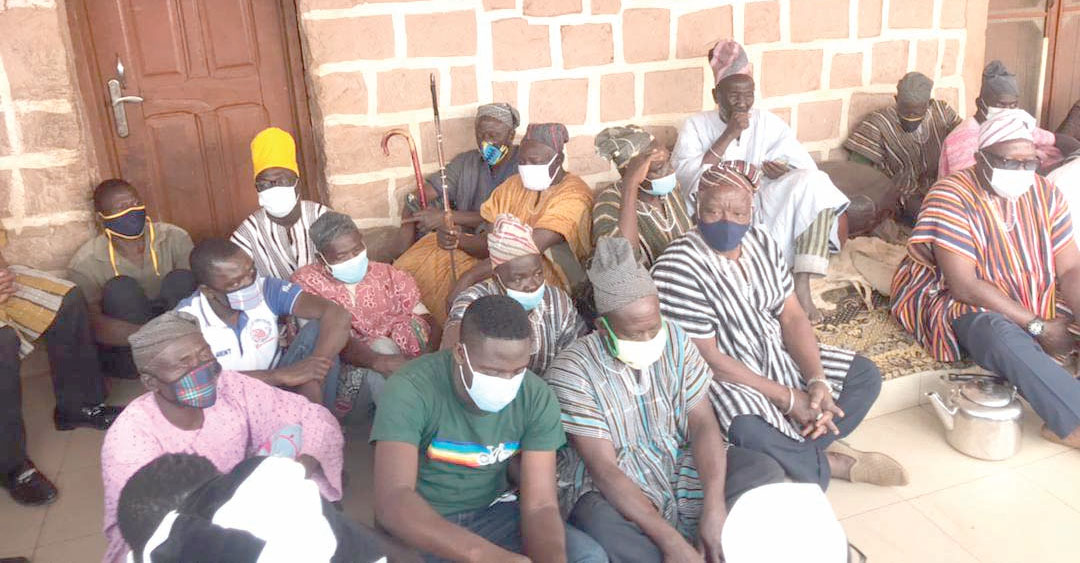 The Overlord of the Mamprugu Traditional Area, Bohagu Mahami Abdulai Sheriga, has called on the chiefs and people of the area to rally behind the North East Regional Minister-designate, Mr Yidana Zakaria, to deliver on his mandate.

He observed that with the competence and rich experience of the regional minister-designate, he would make a positive change with the necessary cooperation and support.

Naa Bohagu Sheriga made the call when the Regional Minister-designate led by the former Regional Minister, Mr Solomon Boar, and some officials of the New Patriotic Party (NPP) paid a courtesy call on him at his palace at Nalerigu to introduce himself to the overlord and seek his blessings for the upcoming vetting by Parliament.

The Youth and Sports Minister-designate, Mr Mustapha Ussif, who is the Member of Parliament for the Yagba/Kubori Constituency and a native of Mamprugu, was part of the delegation.

The overlord urged the nominee to work hard to consolidate the prevailing peace in the area when approved by parliament as that would drive the development of the new region.

“I will advise you to get all the parties and factions on board so that collectively we can bring the needed development to the area. You’ve served me before, as my spokesperson during the creation of the new region and I have confidence in you,” he said.

Naa Sheriga commended President Nana Addo Dankwa Akufo-Addo for appointing Mr Zakaria to the region’s high office as well as appointing other sons and daughters of Mamprugu for various positions, stating that he would never be disappointed in such decisions made.

For his part, Mr Boar called on the people to extend the support offered him during his tenure in office to the new regional minister to enable him move the developmental agenda of the area forward.

Mr Zakaria pledged to open his doors to all stakeholders to champion the cause of sustained peace and development for the forward march of the area.

Until his appointment, the regional minister-designate was a senior assistant registrar at the Academic Affairs Section of the University for Development Studies (UDS) and served on several committees of the university.

He was also a spokesperson to the Nayiri’s Committee on the creation of the new region prior to its conception.